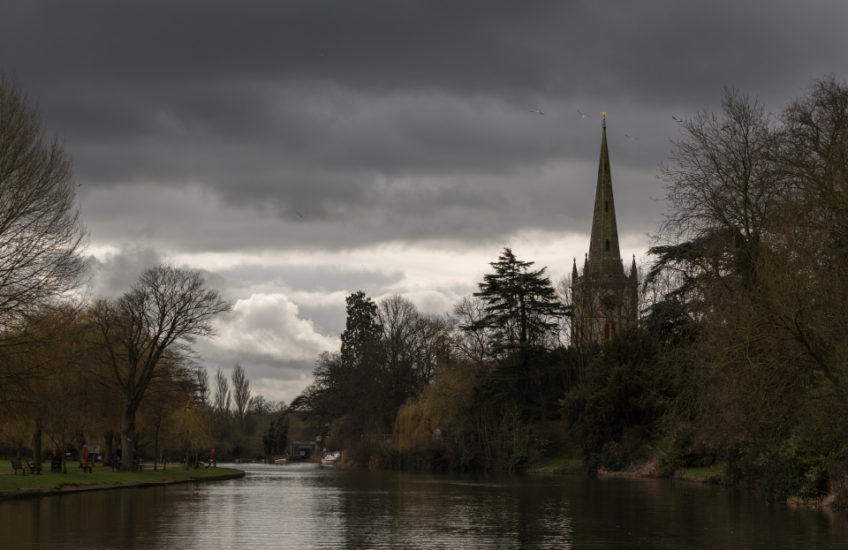 R and I went to Stratford this morning to run errands. We also had coffee and lardy cake (I know: outrageous!) at Huffkins, which was very nice.

After indulging and erranding, I walked down to the river and took some photos. The light wasn’t great, but I got some gull shots which I quite liked, and then headed back towards Old Town where we’d parked the car. Just as I came to the end of the theatre terrace I glanced up and saw this view – and without further thought about my camera settings, or checking the exposure before, during or after pressing the shutter, I took one shot and walked on.

It could have been a disaster, given that I’d been using partial metering and auto-ISO for the bird shots, but though it was underexposed there was something about it that I really liked. I did a quick edit and then posted it to A Year With My Camera for feedback, which was that it was still too dark. I then fartnarkled around with it for about an hour – I wanted to get some detail into the darkest areas, but keep the feeling of impending storm, and in the end I probably spent as much time on this one image as on all the others I took put together.

Whether I’ve succeeded with it is actually quite hard for me to judge. Without wanting to flaunt a horribly middle-class problem, when I was thinking of buying an iMac Child One warned me that photos would look hugely better on a Retina screen than they would anywhere else – and it’s true: they do. So it might still look like mud if you’re not also on a Retina screen – in which case, my apologies. I do know that it will look better large, if you have the time.

I’m also posting an extra shot today: a black-headed gull almost losing its balance down at the Bancroft Basin. 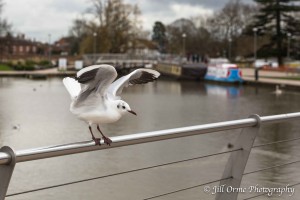