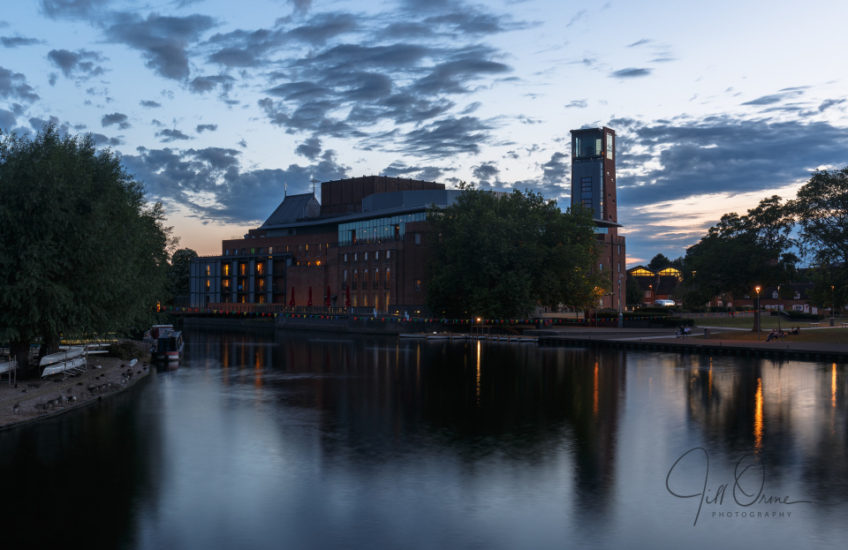 Birds are quite annoying, aren’t they? Waterfowl, I mean: swans, geese, and so on. This is a blend of three long exposures, and while I was expecting to have to deal with the odd ghost fowl on the water, it hadn’t occurred to me that the roosting crowd on the south bank of the river would be quite so restless. If I’d spotted the fact at the time I’d have taken an extra, faster exposure to freeze them, and cloned them from that frame into the final image; as it was I made a few attempts at cloning them out, before deciding that it really wasn’t worth the effort and they’d just have to stay where they were. All blurry….

The heat today was so punishing that I skulked in the house for much of the day, apart from a couple of brief forays into the garden – one with the camera, which yielded some not-very-exciting bug shots, and one with a pair of secateurs, which yielded a barrow-load of detritus for the compost heap and a headache. I was pretty grumpy, if truth be told, and probably not an unadulterated joy to be around.

Luckily for R I had to go out this evening, so he got some respite from the growling. Campden Festival Chorus is performing Purcell’s Dido and Aeneas on Saturday evening, and tonight we had our last normal rehearsal (on Friday we’ll set up the church and do a quick run-through, and on Saturday afternoon we’ll rehearse with the orchestra and soloists); and as I was going to be out and about anyway, and the sky was looking pretty good, I decided that after choir I would zoom down into Stratford to take some slow-water images of the river. I took a few bracketed sets of exposures from different positions around the theatre, but this one stood out because I really like the sky. I’ve blended it via the HDR function in Lightroom, which is reasonably good now, and then faffed around with it some more in both LR and Photoshop. I’m starting to sense that my future may contain luminosity masking – but for tonight I think this will do.

Before I go, may I say thank you to everyone who said nice things about, and left goodies for, my Banded Demoiselle: they’re all much appreciated.