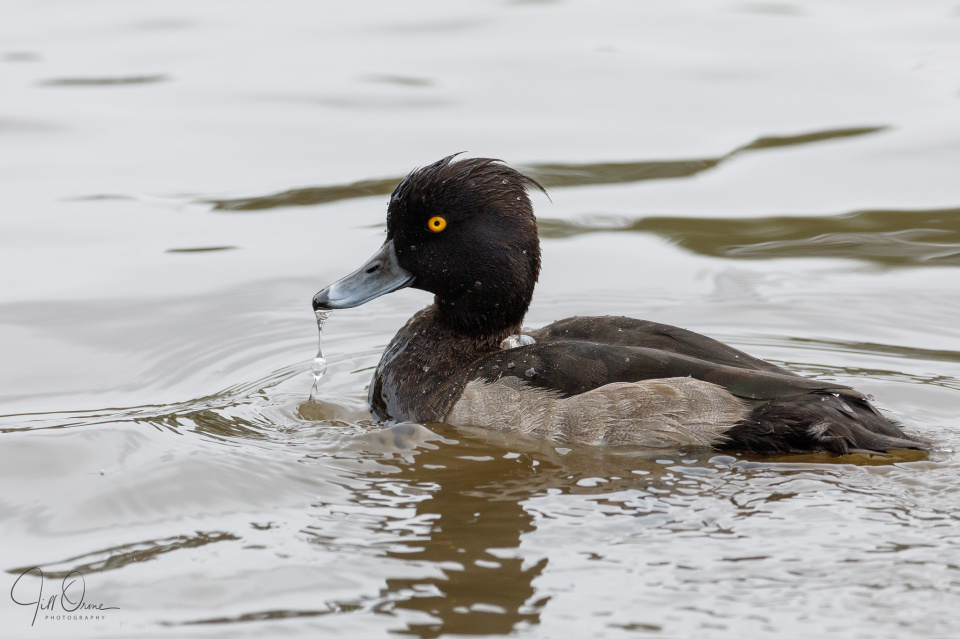 As it was quite a nice morning, but rain was forecast, I zoomed off to Stratford in search of dragons. When I reached the river I couldn’t immediately see any, so I crossed to the south side and walked along to the first downstream lock, and about half way between Lucy’s Mill and the lock I startled a cormorant into flight, This also startled me, because in several years of walking and watching this stretch of river it’s the first time I’ve ever seen a cormorant here – though I’ve wondered from time to time why there weren’t any, as they seem to be spreading rapidly across the Midlands. It will be interesting to see if this was a one-off landing, or the beginning of a colonisation.

By the time I got back to Lucy’s Mill Bridge it was warmer and the Migrant Hawkers were out – just three males and one female today, but that was enough to give me half an hour of fun trying to photograph them, and the rest of the town an equivalent span of entertainment watching me. “What’s she doing?” (in a stage whisper). “Photographing dragonflies.” “Doing what?” “Dragonflies!” “Flies?” “DRAGONFLIES!!” “I can’t see any dragonflies – are you sure?” “There!” “Where?” “THERE!!!” And… breathe.

Eventually someone spoke to me rather than about me, and it turned out to be another photographer, so we had a bit of a chat about this and that, before she went off to photograph the weir, which was running fast today after the weekend rain. With the water already up to the bank, and more rain coming in, I’d expect some flooding by mid-week; my new acquaintance said that there’s also frost forecast around then, which sadly may be enough to see off the local dragons, and could make life interesting for everyone else.

Eventually I left the dragons, hoping it won’t be the last I see of them, and went on into town to run a couple of errands. Of the three tufted ducks that I spotted close to the theatre this was the boldest and most easily photographed, and though the light was quite flat by this time, so there isn’t the amount of interest I look for in the water, I’ve chosen this shot for today’s blip because he’s so handsome. He’d just come up from a dive, and though he didn’t surface with a mollusc he seems to have picked up something else, because he’s draining water from his bill. In the extra he’s having a bit of a shake after being snapped at by a swan – possibly the tufted duck equivalent of a cat washing itself when it’s upset or embarrassed. 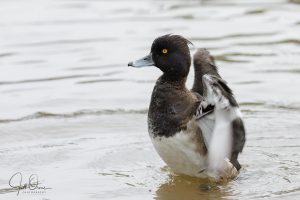