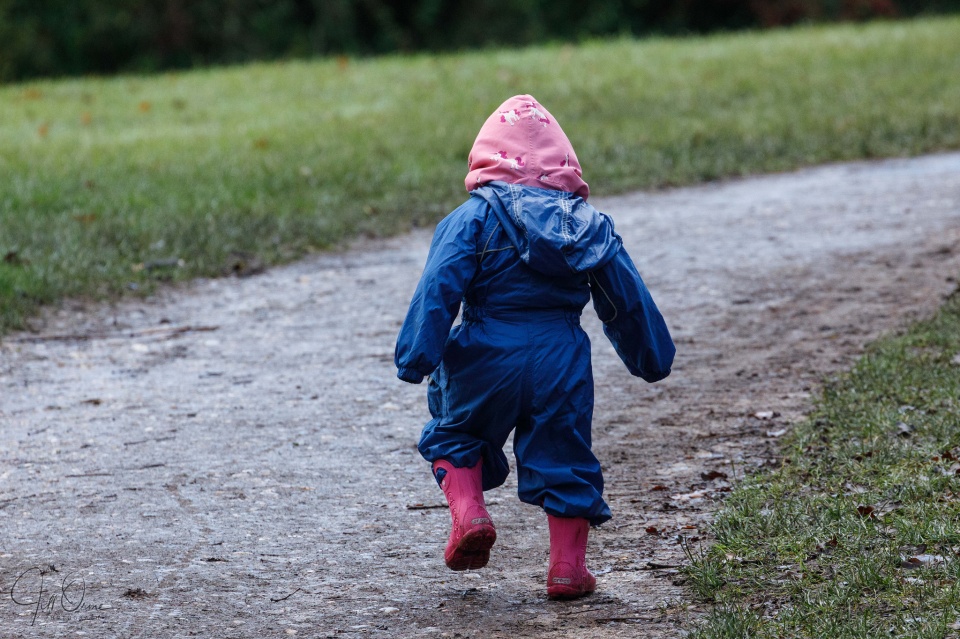 I don’t generally take street shots of children, for obvious reasons, but R and I were enchanted by this little one’s attitude, and I’m pretty confident she’s not identifiable, except perhaps by the pink unicorns. She was one of five children who were out with two women at Croome this morning, but was very definitely marching to the beat of her own drum.

Also: say what you want about Crocs (and lots of people do say lots of things, generally uncomplimentary), but wellingtons with handles at the sides are a superb idea. I wonder if they make them for adults…?

I promised you a review of yesterday’s easy-cook marmalade, so here it is. R and I both think that it’s fairly tasty, and I’d say better than many shop-bought marmalades, so it’s a decent stop-gap; but it’s definitely not as good as the stuff we make ourselves from scratch. If I use this brand again I’ll probably try reducing both the water and the sugar, and maybe adding some extra lemon rind and juice to sharpen it a little.