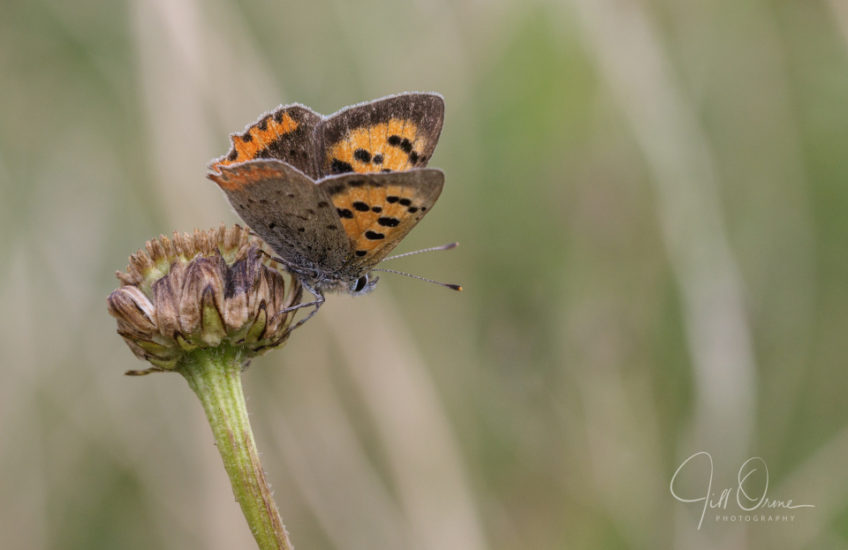 It’s R’s birthday today – no matter how hard he tries to slow down so I can catch up, I’m still managing to be younger than he is, mwahaha – and we’ve had a lovely day. Well at least, I enjoyed it, and I hope he did too. I gave him a Fitbit (making it clear that I had no intention of walking to Warwickshire when we went out for lunch, just so that he could get his steps in), a teeny Manfrotto tripod for his iPhone to make it easier for him to film himself (oh, the vanity!), and a couple of other bits and pieces; and he also had greetings and presents from the Offspring and from other members of the extended family.

After a delicious lunch at Vintner in Stratford, which is one of our favourite places, we strolled along the the river (moderate exercise, apparently) to get back to Old Town where I’d parked the car. Going through the RSC Gardens I narrowly avoided being turned into a toad by one of the witches from Macbeth – which was lucky because it would definitely have put a downer on an otherwise very happy outing.

Because R didn’t react with notable enthusiasm to my suggestion that he (or at least, his teeny tripod, with him in the background as bokeh) should be my blip for today, when we got back home I went off to take a little more moderate exercise down at the butterfly field, and was lucky enough to catch the Small Copper which has been one of my targets for the last few weeks, resting on a seed head. They’re skittish and fast, so I had to creep up on it very carefully, shooting as I went, and I managed to get pretty close before it woke, looked at me with disfavour, took off, and disappeared into the centre of the field where I couldn’t follow it.

Arriving back home, pretty pleased with myself, I brushed against a red valerian plant growing by the gatepost, and was astonished to put up a Hummingbird Hawkmoth – I haven’t seen one here for almost two years. This was the first time I’ve had the chance to photograph one with a camera body designed for fast focusing and equipped with a macro lens – so what did I do? I panicked, that’s what I did (these moths make the Small Copper look as though it’s moving in slow motion, and when they decide to leave you don’t even see them go – they’re simply not there any more), and began firing off frames wildly without checking my settings. And then, remembering that I’d been on a widish aperture and a slowish shutter speed for the butterfly, quickly spun a couple of wheels to correct those things without also remembering to push up the ISO; so the shot I’ve put in as an extra needed the kind of processing that under other circumstances would have made it an instant discard. But, you know – Hummingbird Hawkmoth….! 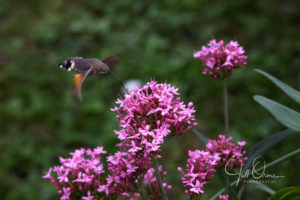 Stepping around my little patch of incompetence there, I’m happy to decree that today was a Good Day.