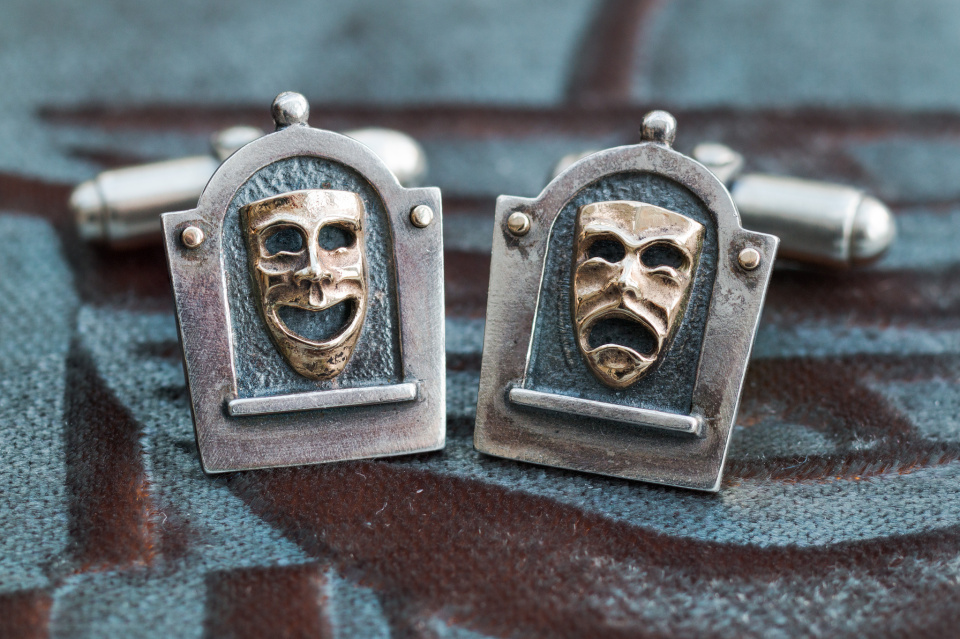 R suggested these cufflinks to me as a subject for Tiny Tuesday today. I bought them for him a few years ago, at a time when he spent a lot of time wearing nice work suits with double-cuffed shirts. These days he rarely needs to get all glammed up – though to be fair he seldom looks as shabby as I habitually do – and his cufflink collection spends most of its time put away in a box in a drawer.

Comedy and tragedy masks originated in Greek theatre, where they were used to make clear the emotions of the characters wearing them to a distant audience. The comedy mask represents Thalia, the Muse of comedy and lyric poetry. The tragedy mask represents her sister Melpomene, the Muse of singing. Thalia and Melpomene were both daughters of Zeus – however, when Zeus’ wife Hera discovered that Melpomene was no better than she should have been, she cursed her (twice – the girl really did fail to learn from her mistakes), and made her the Muse of death and of tragedy.