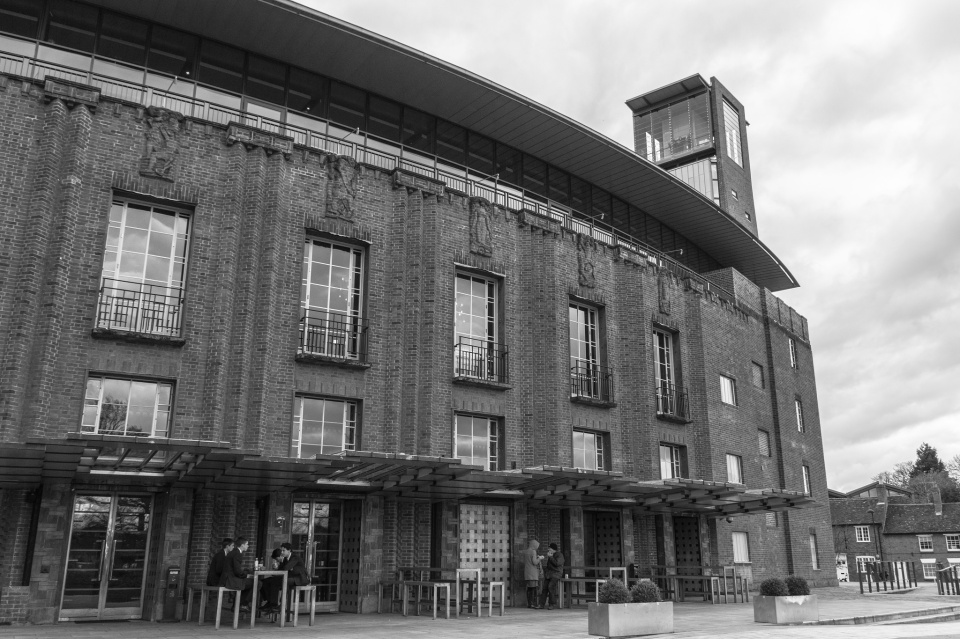 Not a song I’ve ever liked, I have to say – it’s musically uninteresting, and lyrically idiotic. Apologies to any massive Pink Floyd fans.

Anyhoo, I was wandering around Stratford, feeling rather uninspired, when I spotted this scene: four young gentlemen from King Edward VI School, which is the school where William Shakespeare was educated, eating their lunch outside the brick frontage of the Royal Shakespeare Theatre. Perfect: let’s just pop back in time and ask Will whether he thinks education is a waste of time, shall we? Or even this quartet: they will have worked hard to get into KES, which is still a grammar school, and I daresay they already have ambitions as to where their education will take them in life.

After taking this I wandered around the Bancroft Basin for a while, photographing the black-headed gulls, which continue to amuse me. Watching them set me on a train of thought about Maslow’s Hierarchy of Needs, and the fact that animals’ needs are mainly concentrated in the first two levels of the hierarchy; survival and reproduction are what it’s all about, and there’s no fretting for them about esteem and fulfilment, or worrying over whether they’re just another brick in a wall.

And then I came round the corner and found the little chap I’ve put in as an extra, apparently out to prove me wrong: