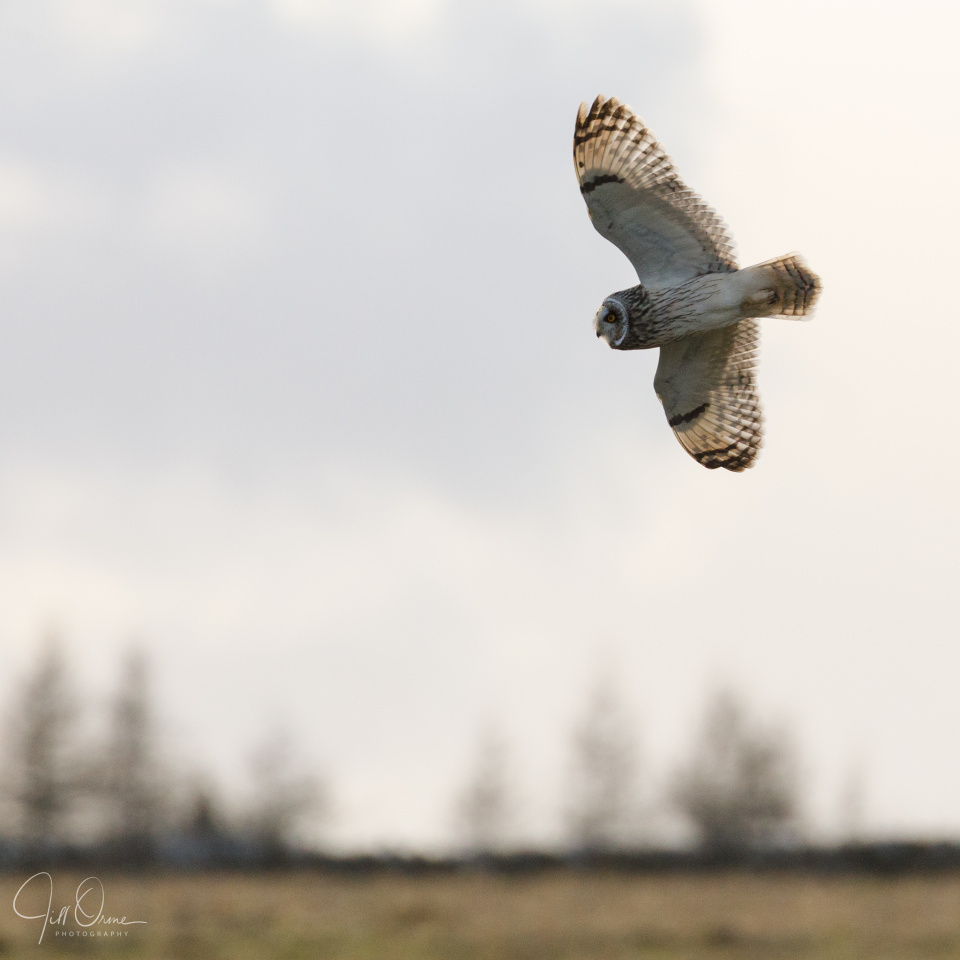 Very tricky conditions at the owl field today. Hillyblips and I had glorious sunshine and slicing wind, we had owls fighting kestrels and owls hanging on the wind way over on the ridge, we had low black cloud, we had hail, we had snow. And then finally, I had a flask of hot coffee in the car, and a hint of clear sky behind the weather.

Literally as soon as it stopped sleeting the owls came out, and though by now I was on the side road facing the sunset, and contre-jour isn’t really my thing, I was very pleased to have captured this. I think it’s Fat Furry Owl, her pale plumage making her slightly easier to shoot in the problematic light.

Today’s extra photo is Dark Dangerous Owl, sitting on a heap of soil watching me. It shows his lovely dark facial markings quite well, though not the deep gold breast and underwing colouration that sometimes makes it hard for the autofocus to latch on to him in flight. The thing that’s exercising me the most about this photo though, is where did that soil come from? This field isn’t cultivated, and livestock are kept off it, so…. who did the digging? 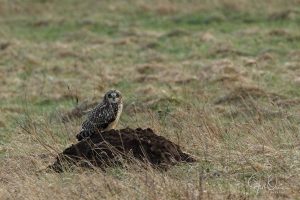 Right now I don’t have time to worry about it, because I’m very late for choir… Eeek!