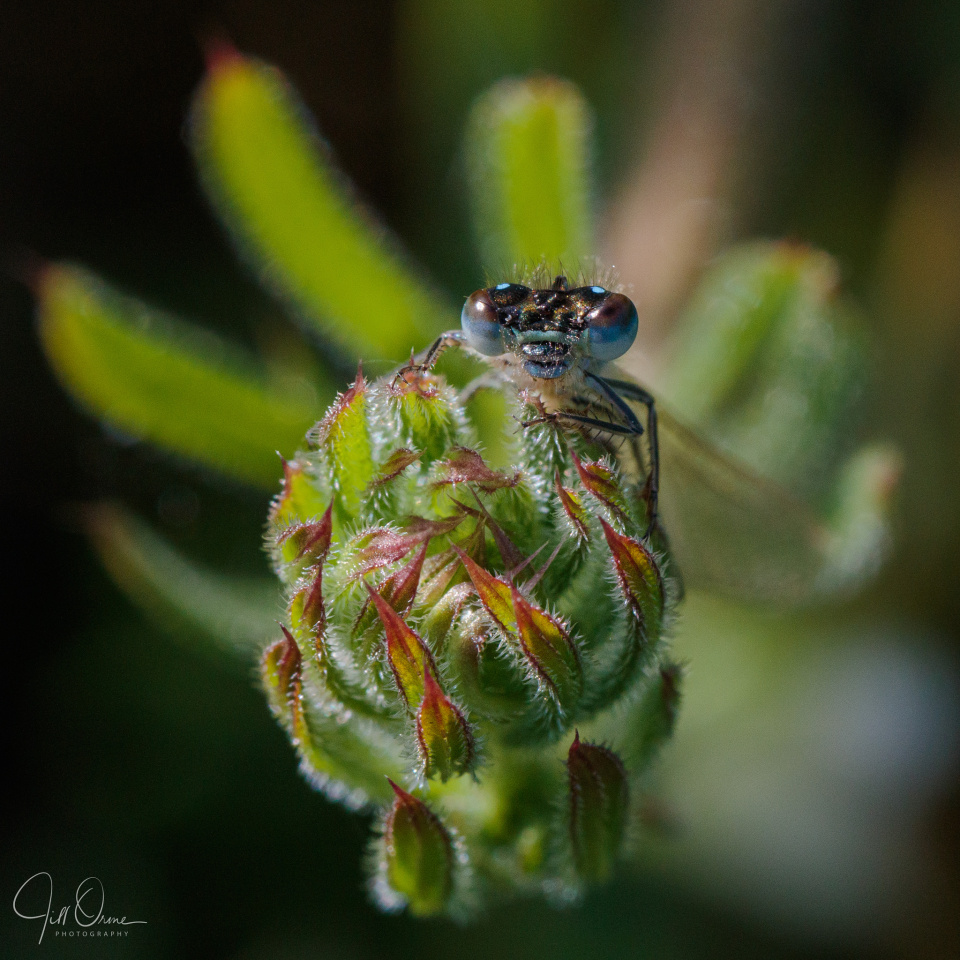 This is an immature female Blue-tailed Damselfly. The books tell you that there are five female colourways in this species, and that they start out either green (typica), lilac (violacea), or coral pink (rufescens); but this little female was green along the sides of her thorax, with a violet tail, and had coral pink markings along the lower side of her abdomen.

I like a woman who refuses to be categorised, and I spent quite a while trying to get detailed photos of her – but she was also surprisingly uncooperative, for a creature that was only about 3cm long, and whose wings were too soft for rapid flight, and kept getting herself into places where I couldn’t properly align the macro. So in the end I decided to go for the head shot, and surprisingly, she let me crouch down in front of her and move in really close – I only stopped homing in when the lens hood began shading her.

I did have some other things from today’s shoot – bees and such – but you won’t be surprised that I couldn’t resist this tiny Welsh damsel.