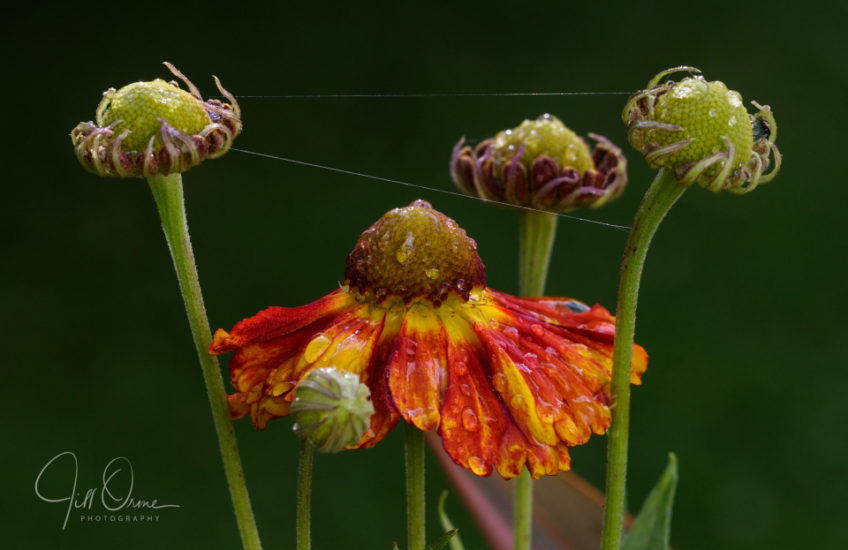 The weather has been very strange today, with periods of warm sunshine interspersed with heavy showers (including one of hail); and this afternoon a half-hour thunderstorm accompanied by a torrential downpour. Every time it was bright and balmy I thought about going out, and every time it teemed down shortly afterwards I was glad I’d stayed in.

At lunchtime I photographed this helenium (which is the one I saved from snails back in the spring by surrounding it with a copper ring) in bright light and with a bee feeding on it, but after dinner I went back out and re-shot it in the aftermath of a shower, and I’ve decided that I prefer this version. As often happens with close-ups, I was intent on getting the best focus I could achieve on the flower heads and droplets, and didn’t actually see the strands of spider web until I looked at the file on the computer.

Right now there’s a lovely soft pink and blue sky outside – but I won’t be going out to try to capture it, because it’s time to put out some hog food and then snuggle down for two hours of Spanish noir on BBC Four. I hope you have an equally satisfying evening lined up.