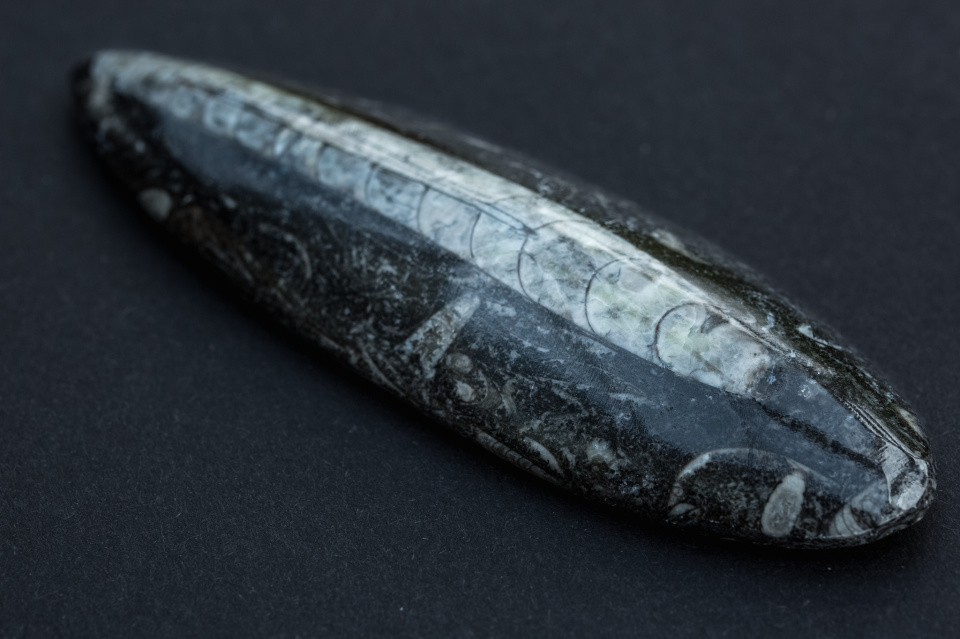 The weather was miserable today, so I was looking for something to do for Wet Play, and I thought it would be a good idea to tackle the second half of this week’s challenge in A Year With My Camera: photographing black on black.

This is an Orthoceras fossil, which I bought last week from a really interesting shop in Stratford. At least, it interests me, because it sells minerals and fossils, and I love holding objects which are tangible evidence of times past. I have another, really wonderful fossil from the same shop – but I’m holding that one back for a special day.

I won’t waste your time trying to persuade you that this is SOOC. It’s a much-tweaked edit of a blended image from two of the shots I took for the challenge – but having admitted to that, I do think it works for “black on black”!