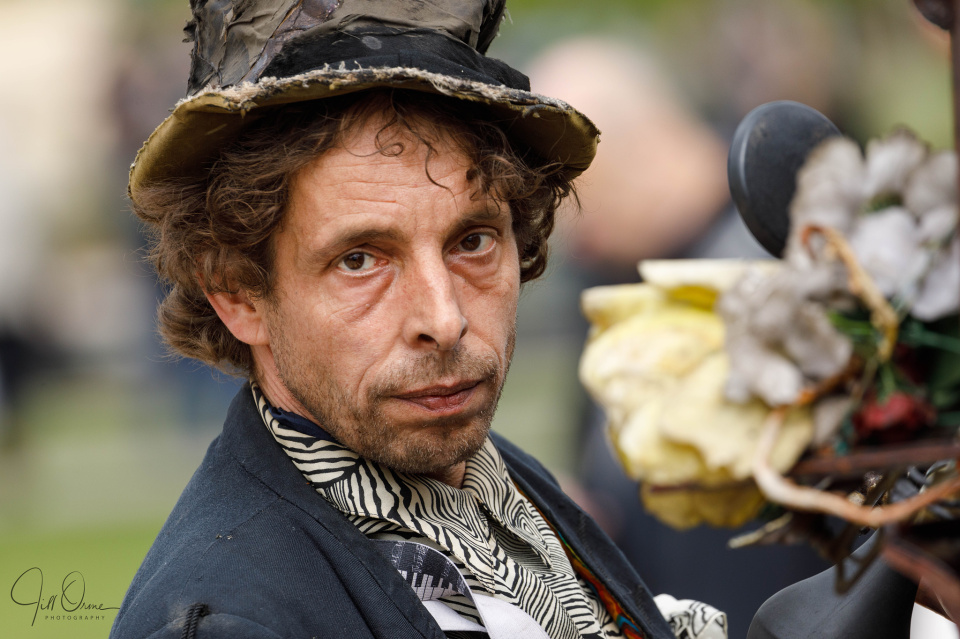 William Shakespeare was baptised on 26th April 1564, and died on 23rd April – St George’s day – in 1616; and every year there’s a festival in Stratford-upon-Avon on the nearest weekend to his baptism date. On the Saturday there’s a huge parade through the town, with people from Shakespeare societies all around the world taking part, and across the weekend there are workshops and events spread around the town, all designed to draw in as many tourists as possible. It’s said that the 2018 celebrations pumped £3 million into the local economy, and organisers were hoping to top that figure this year.

I confess that R and I had entirely forgotten all of this when we decided to go to Stratford today, and only remembered it when we saw the first road closure signs. Alarm and despondency ensued, but in fact the Old Town end of Stratford was quieter than usual – possibly because other people hadn’t forgotten, and expecting the town to be packed had parked further out of the centre. For my purposes, the most inconvenient thing was that a section of the south bank of the river was being used as part of the route of a half marathon, which rather put paid to my plan to search the park for bird life.

The Bancroft Gardens, next to the Royal Shakespeare Theatre, were playing host to both a scarecrow festival and the National Living Statue Championships – a juxtaposition that caused me some confusion until I worked out that these were in fact two separate events. I’m not a huge fan of either scarecrows or living statues, but I was impressed by some of the statues’ costumes, and by the ability of the scarecrows to stand absolutely still for long periods of time.

I’ve blipped the bicycle piano busker Rimski a couple of times before, but I always enjoy seeing and hearing him, and he does present an interesting photographic challenge – partly because he’s in almost constant motion, and partly because he’s usually surrounded by a crowd of people. After a few minutes of frustration I decided to crank out the long lens and treat him as wildlife, after which I got on much better and came away with quite a few reasonable photos. Because I was in stalking mode I was slightly taken aback at being so obviously spotted, but luckily performers have a slightly different attitude towards photographers than owls or great crested grebes, and he just smiled, rather than taking off or diving into the river.