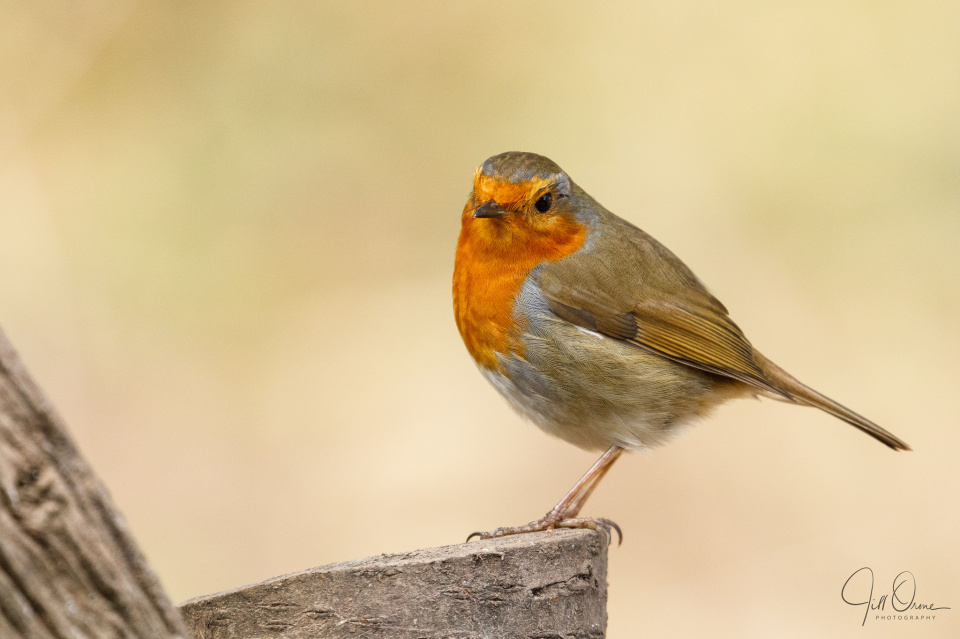 It was such a lovely morning that R and I decided to go up to Hillers for coffee, after which I left him reading in the café and went in search of photos. The show garden was full of honey bees, and I saw my first bumble of the year – though I wasn’t fast enough to get focus on it, so although I think it was a buff-tailed bumblebee I can’t be certain, and therefore can’t record it. But I was able to record my first hoverfly: a handsome female marmalade fly that was exploring a patch of primroses.

The bird hide was rammed, but let’s pretend that I’m living my values and not moaning about other people’s behaviour. Suffice it to say that I was especially pleased with this photo because it was taken under slightly trying circumstances.

Back at home I checked my shots, confirmed that I had some decent ones, and then – despite the fact that I really wanted to go owling – forced myself out into the garden. Oh, the pain! I was helped by R, who did the horrible stuff like digging out brambles, and between us we completed a rough tidy of the front borders – which may not sound like much, but probably amounts to more than the entire garden of most modern houses. I wouldn’t describe it as pristine, but it’s definitely better than it was. Now I just need some invertebrates to make their homes in it!

As I was closing the yard gate after putting away the tools, I noticed a 7-spot ladybird wandering along the top rail – which I welcomed as another sign of spring.