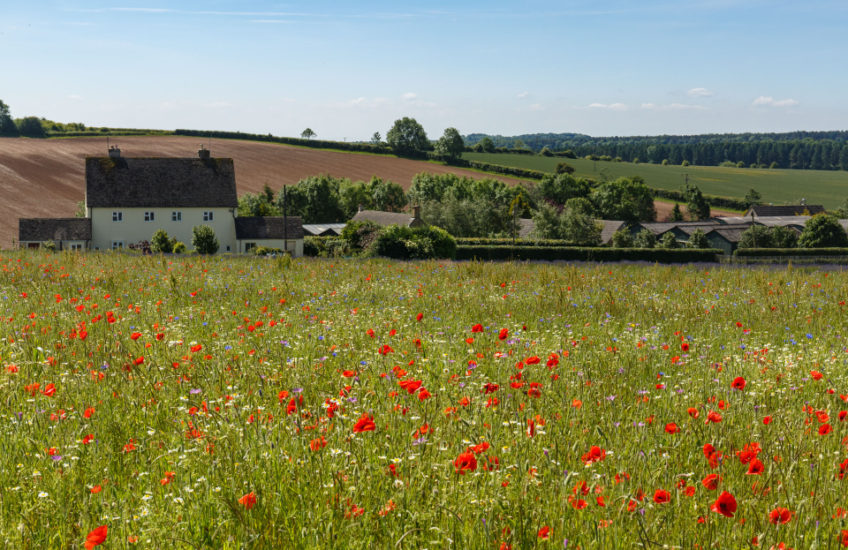 It was a steamy 27º this morning, and I decided it was time for a little top-down road trip. I was very tempted to go to Croome on a dragon hunt, but on the other hand Cotswold Lavender’s short public access season began last weekend, and I wanted to catch their wild flower meadow before it went over.

In the end the wild flowers won out, and off I zoomed to Snowshill. As you can see the light was tricky – I was using a circular polarizer, but even by 10.30am the sun was too high for it to be of much use – and there was also a gusty breeze whipping the flower stems around; but despite all the excuses I did get some photos I quite like. Far too many, if I’m honest – but after several hours of processing, minute, pixel-peeping comparison, and steady culling, I’ve decided on this one. Tomorrow, if my squint has improved, I’ll do a Facebook album, and another day I’ll try a late afternoon visit to the farm to see if the light then is kinder.

From Snowshill I drove down the Cotswold Edge, past Chipping Campden and on through Mickleton, to rendezvous with R in Stratford. My iPod, with no input from me, put together a great playlist of summer music, from Mozart and Bach through Jacques Loussier to Randy Crawford and Joni Mitchell, and as I zoomed along through the beautiful countryside I was thoroughly happy and conscious of how lucky I am. When the iPod suddenly produced this I confess to having sung along (twice through); if you happened to be one of the unfortunate souls who witnessed my tuneless progress along the B4632, I can only apologise and assure you that unconfined joy doesn’t happen very often.

A final fun fact for fellow Steve Winwood lovers: Mr Winwood owns part of Gloucestershire, and has his pianos tuned by the same chap who does ours. Two degrees of separation…