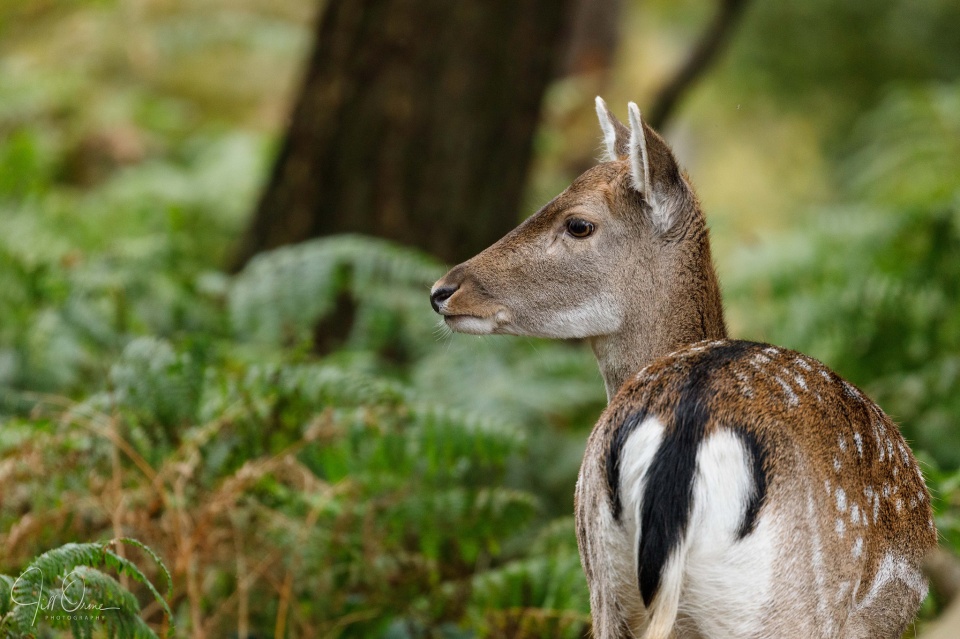 I’d been in the hide at Hillers for about five unproductive minutes when this fallow doe appeared and picked her way delicately through the woodland. She saw me and stopped, but after a few seconds during which neither of us moved, she came on again until she reached the clearing, then selected an apple and began to eat.

After that there was only one small alarum, when a pair of female pheasants got into a fight – the set-to was sudden, and noisy enough to make even me jump, and the doe skittered away to the safety of the trees; but then she realised that it was only birds, and came back and resumed her meal. After eating two apples, a lettuce, and a huge cabbage leaf, she calmly walked away back into the woods.

Sadly she took the light with her, but I was happy that I had my photos for the day, so I left the pheasants to their bickering and went to join R for coffee.