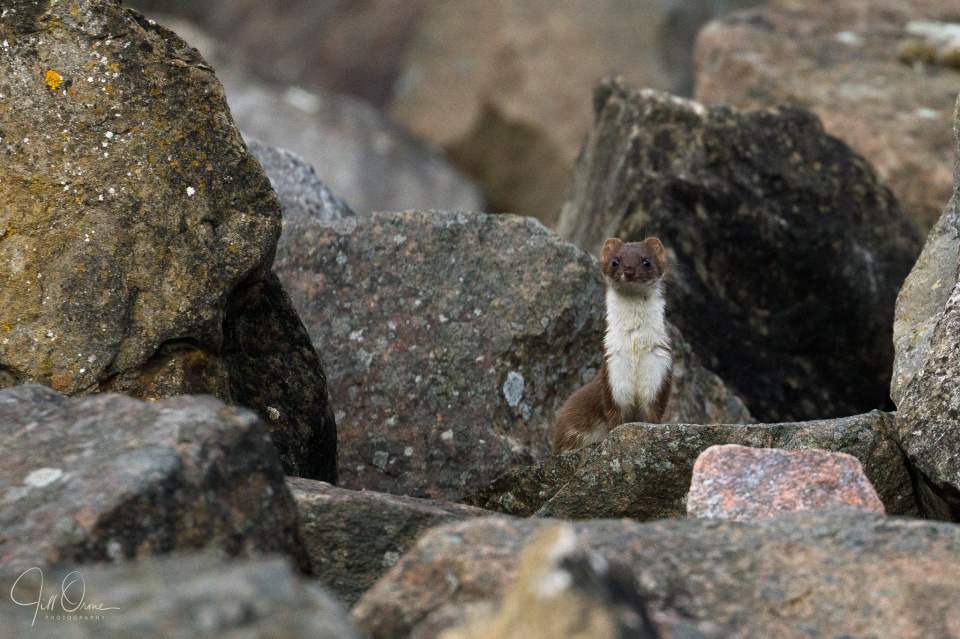 I went to Draycote Water today after the great northern diver that’s been up there for around a week now. I didn’t find it, though I bumped into other people who’d had distant views of it during the morning, but that didn’t really surprise me: on the three previous occasions I’ve been out in search of a GND, I’ve found them to be solitary, shy and mobile, and I’ve had to walk a long way to find them – and those were on very much smaller stretches of water than this large reservoir.

I wasn’t downhearted though, because some of the other birds I was hoping for were around, and they were tending to hug the shoreline because the wind out in the centre of the lake was vicious. My extra shows a goosander, displaying the excellent fishing ability that can sometimes bring this species into conflict with anglers. This was the second sizeable fish she caught in as many dives, and in fact was so big that she had to juggle it for quite a while before she managed to swallow it. 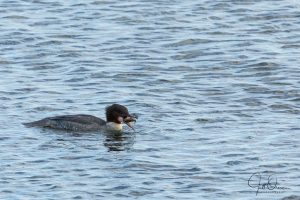 My own catch of the day though was this tiny chap. I’d just stepped out onto a short causeway after a little grebe that was fishing close to it, and when I caught a movement down among the rocks I couldn’t immediately see what it was, but I managed to get focus and fire off three frames – the third of which is entirely devoid of weasel. I’d previously been photographing swans in flight, so my settings were all wrong for shooting into a dark area like this, and I’ve had to do quite a bit of processing, but I’m ridiculously pleased with myself for having got the shot at all.