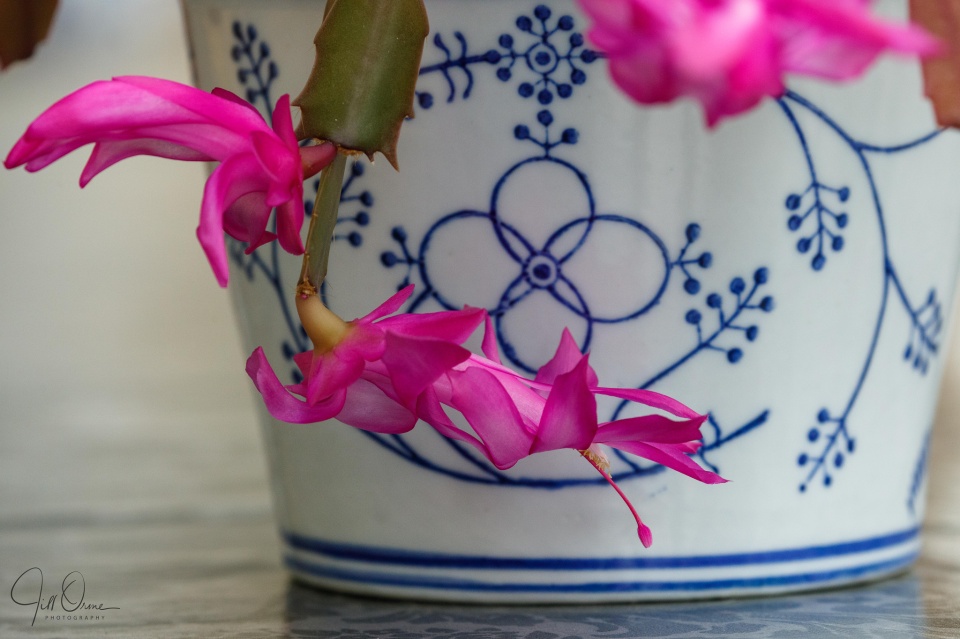 Well, I think we’re ready. Leastwise, anything that hasn’t been bought now will have to be done without. The fridge is stuffed, the presents are wrapped, and if I dig around in the vegetable basket I think I’ve probably got a left over carrot for the reindeer.

L and G arrived this evening, and my sister, brother-in-law and nephews will be joining us tomorrow. H is on the other side of the world, which is weird, but we’re hoping for a chat over the internet in the morning. I hope that wherever you are and whatever you’re doing, you’re also with people you love.

This evening I’ve found myself thinking about one of my favourite pieces of Christmas music to sing, which is Gerald Finzi’s In Terra Pax. He wrote it in the early 1950s, when he was dying of Hodgkin’s lymphoma, but it harks back to an incident from thirty years earlier when he was staying on Churchdown Hill between Gloucester and Cheltenham, and on Christmas Eve heard the bells ringing for midnight mass from churches all over the area. The text is partly taken from the angels’ revelation to the shepherds in the Gospel of St Luke, and partly from Robert Bridges’ poem Noel: Christmas Eve 1913, and transports the Nativity into the setting of a frosty Cotswolds winter.

I love the Finzi – but if it isn’t to your taste, Ralph Vaughan Williams’ Fantasia on Christmas Carols is also lovely, and more traditional. It’s another very special piece to perform, even though I’m not a great fan of humming, and there’s quite a bit of that. The sad story that links these two composers is that in the autumn of 1956 Gerald Finzi took Vaughan Williams to Churchdown Hill to show him the place where In Terra Pax was conceived, and they called in at the cottage in which he’d stayed all those years before. The children of the family living there had chicken pox, and with his immune system already weakened by lymphoma, Finzi caught the virus, developed shingles and encephalitis, and died in hospital two weeks later. This story (in different versions, and with various embellishments) has turned into something of a romantic Christmas legend, somehow attaching to both pieces of music.