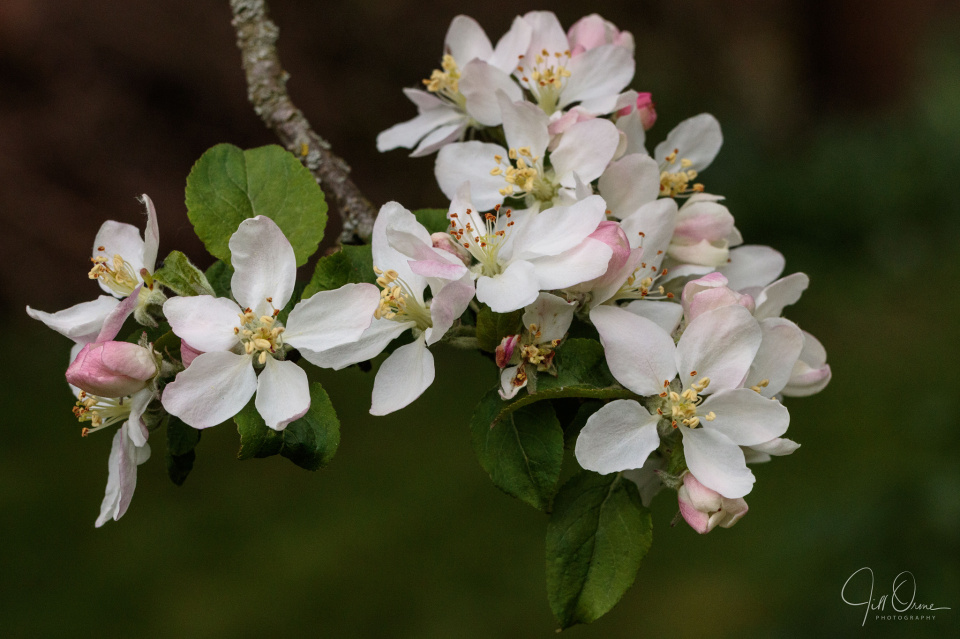 I was out in the garden at lunch time, happily listening to the chiffchaff – back in the sycamore tree – going:

or sometimes, for variation,

and trying to get some apple blossom images with bugs in, when I suddenly realised that the sky had turned almost black. I rattled off a few more shots and then scuttled back to the house, arriving just as raindrops the size of marrowfat peas started bouncing in the birdbath. Over the next couple of hours we had two absolute deluges (all together now: “Still – the garden needed it!”), and when the rain eventually cleared we found that we’d somehow arrived back in October.

This evening R and I watched Earth from Space. I’d half expected this to be gimmicky, but it was fascinating – if you didn’t see it and you have access to the iPlayer, I recommend it. The sequence about the traditional Bengali skill of fishing with otters is worth ten minutes of anyone’s time; and the sight of endangered Siberian cranes beating the bejazus out of each other, in competition for the presumably delicious aquatic roots they migrate several thousand kilometres to fish out of a Chinese lake, had me watching through my fingers.