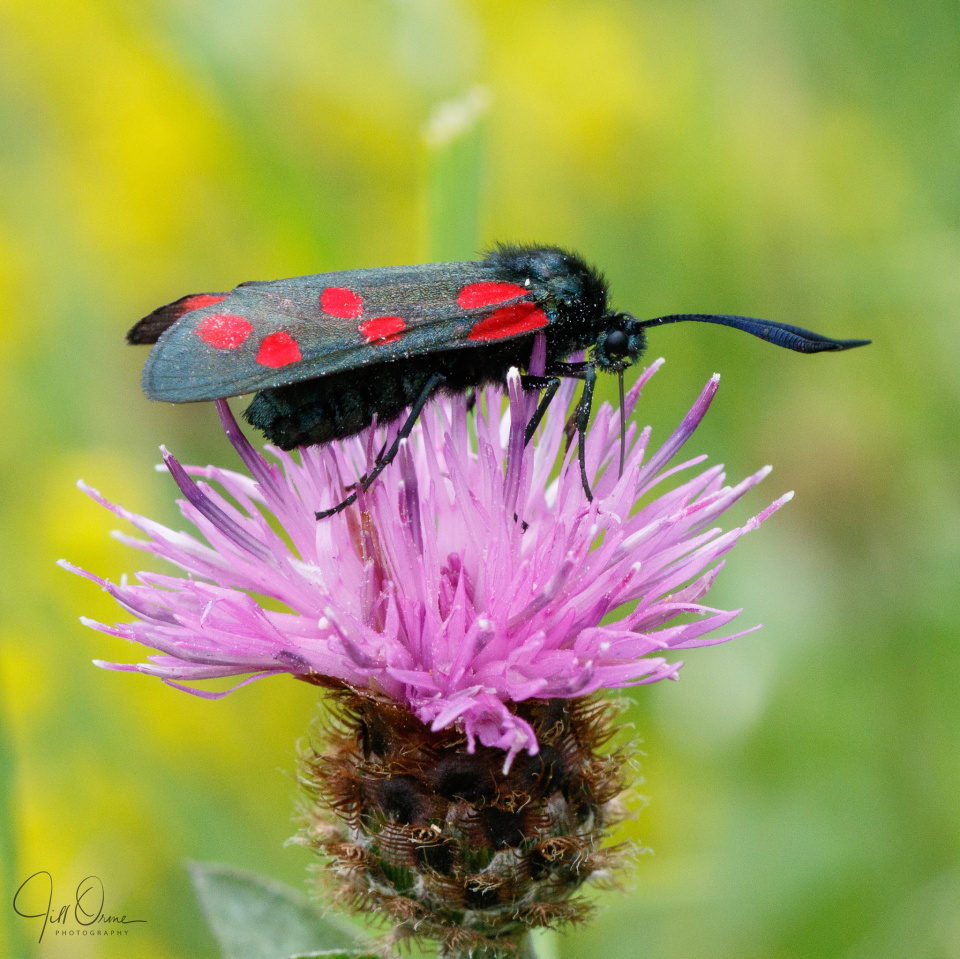 It was a fairly dour day, weather-wise, but a late afternoon walk around Tilly’s field in the gloom provided me with my most interesting find of the day. This hay meadow is rich with invertebrates at the moment, especially bugs and beetles, and the grasshoppers and crickets are now starting to come out to play as well. When it’s bright I can also expect at least a few nice butterflies, but by the time I took my walk today most of them had gone to roost, so I was pleased (as well as surprised) when I noticed this Six-spot Burnet moth working slowly and methodically over a knapweed head. I spent several minutes photographing it from multiple angles at very close range, but it completely ignored me and carried on with its meal. The yellow flowers in the background, which I think are probably lady’s bedstraw, lifted the scene and made it seem much brighter and sunnier than it was.

On the subject of things carrying on feeding, I’ve posted another photo to my Facebook page of the male Wool Carder who’s taken possession of my patch of hedge woundwort, with a partner who only stopped eating for the few seconds that he was holding on to her face, and then calmly resumed her meal. His dismount technique, which I’ve now had the opportunity to watch twice, appears to be simply to let go and fall backwards, which is ridiculously dramatic, but quite entertaining. I can’t help but feel that it’s a manoeuvre that might go wrong one day, but this viewpoint is probably clouded by my own somewhat fractious relationship with gravity. The next time I see him do it I must try to keep focus on him, to see how and when he brings his wings into play and rights himself.