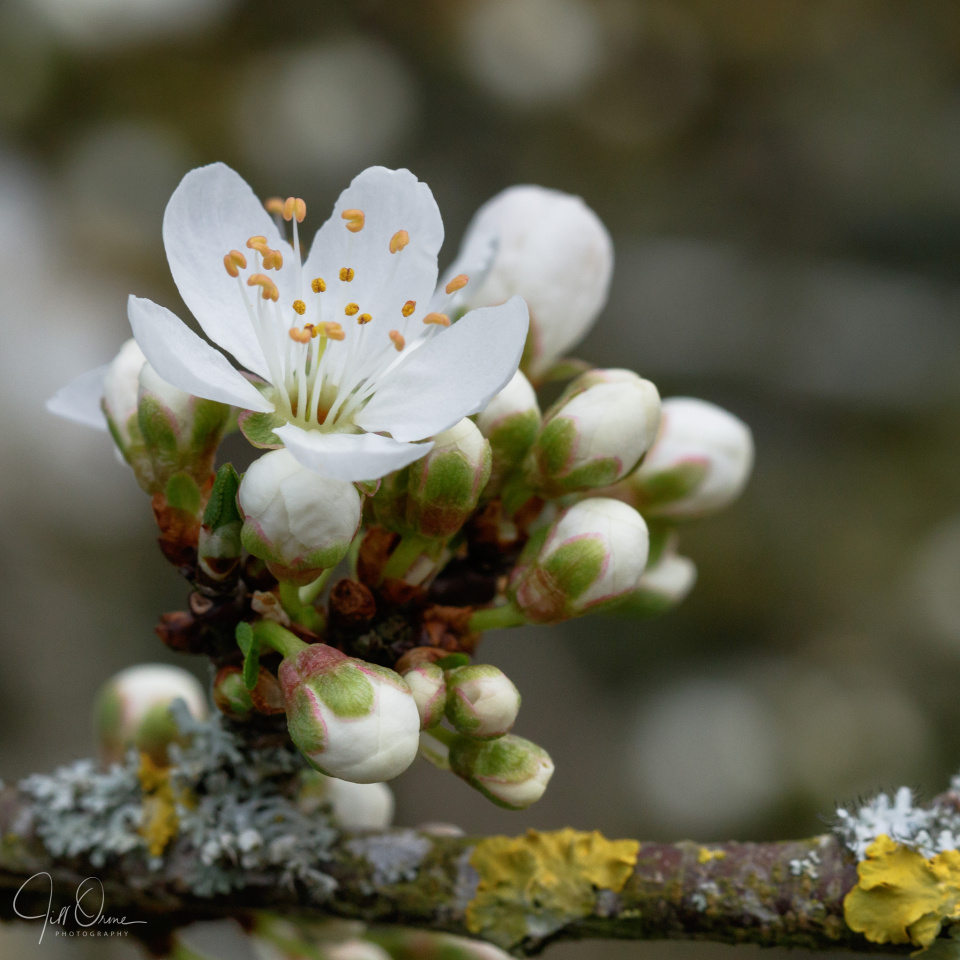 Had I shaped myself and gone out first thing, I could have photographed this cherry plum blossom in lovely warm early spring sunshine. There’s a reasonable chance that I’d have found some invertebrates too. Sadly, by the time I peeled myself away from my desk at around lunch time, it was dark and cold, and literally blowing a gale.

This is the first cherry plum tree in the village to come into flower this year. It’s growing in the hedgerow a little way along the lane from our house, which is separated from the road by a ditch and a high, steeply banked verge. The verge is muddy and slippery, and I am older than I used to be, and it took me two attempts to get onto the top of the bank. Once there the wind hit me, I caught my foot on a bramble, and I very nearly lost my balance and fell. Eyeing the tarmac below me, and a couple of approaching neighbours, out taking exercise, who were watching in the apparent expectation of imminent entertainment, I found myself thinking that the photographer is not a creature of the air:

“Notice that they do not so much fly as…plummet.” (Monty Python: Flying sheep).

Luckily I managed to avert injury, and more importantly embarrassment, by grabbing hold of the tree. I was still clutching it, in a desperate attempt to keep some of the blossom still enough to be photographed, quarter of an hour and two hundred frames later. This is one of just five images that were worth keeping – which at least meant that I didn’t have to spend long this evening processing photos.

In other news, my CV-19 test result was negative. It’s now a week since I received my first dose of the Pfizer vaccine, so I’m half way to the 14 day marker at which – according to a large study in Israel – immunity begins to develop. I know perfectly well that this is science, but after the stress of the last twelve months it feels almost magical, and I’m concentrating hard on not wasting the gift I’ve been given by relaxing into risky behaviour.