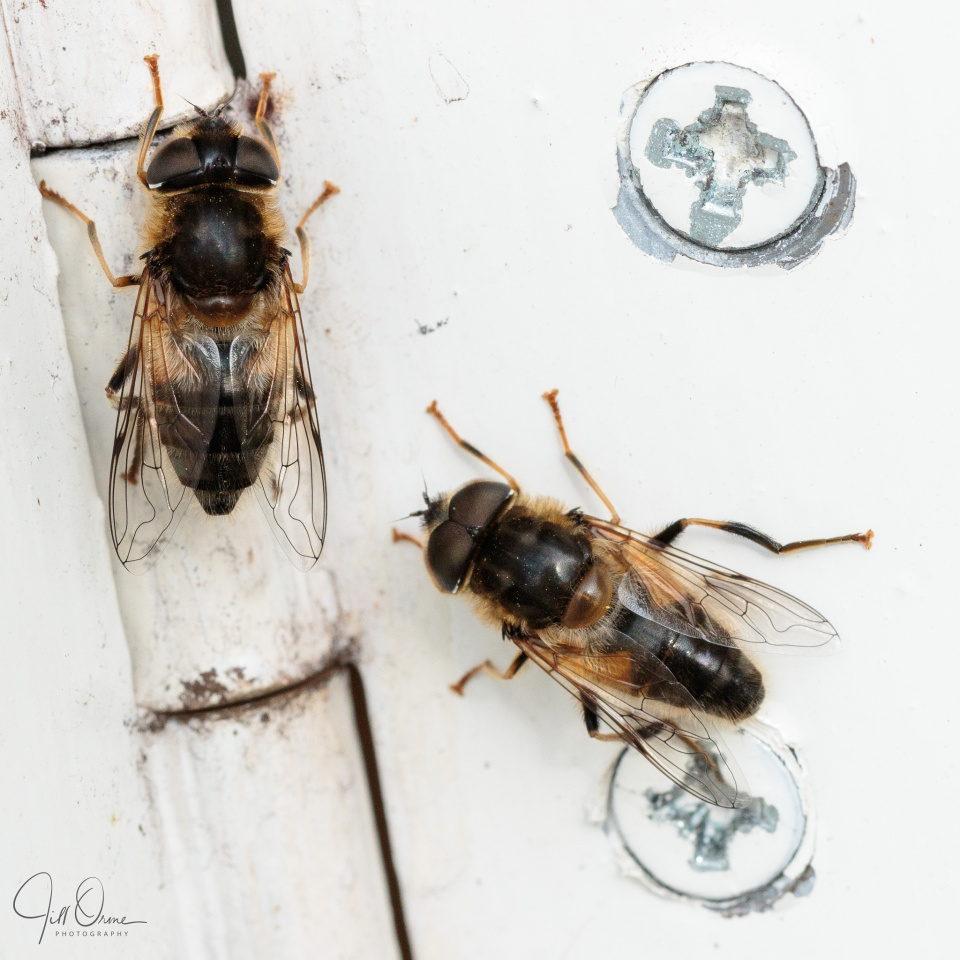 R and I took ourselves off to Croome this morning, lugging a large flask of coffee which we drank sitting on a bench overlooking the lake. You can’t completely avoid people there of course – you have to enter through the reception area to show your membership card, and we passed plenty of other visitors as we walked around the park – but it felt like a reasonably safe way of spending a morning out of the village. We talked about the possibility of having picnics as the weather warms up, but if the UK response to Covid-19 ramps up as I expect it to, even visits to places like this may have to be curtailed. While we were there I got an email telling me that Choir One has also now cancelled its season, which pretty much marks the end of my social life for the foreseeable future.

Back at home I went looking for invertebrates (on what’s forecast to be the only sunny day this week), and was able to add four more bee species to my list for the year: the mining bees Andrena trimmerana, Andrena chrysosceles, and Andrena scotica, and the tiny cleptoparasite Nomada fabriciana. I also made a surprising bug find, which you can see below – I couldn’t immediately identify it because I’d never seen one before, but it turns out to be a bishop’s mitre shieldbug. The odd thing is that this is supposed to be a grassland species, and this individual was sitting on a patch of ivy about five feet up the old wall that bounds our gravelled yard – so possibly it was just passing through. 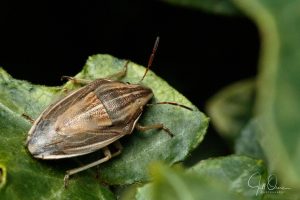 I was trying to discourage a dozy bumblebee queen from trying to nest in the kitchen when I spotted the scene in my main image, which was taking place on the the hinge surface of the open back door. Both of the protagonists are Eristalis pertinax hoverflies – upper left is a female, and lower right is a male. You can see the difference in body shape, and the fact that her eyes are separated, while his meet on the top of his head. Both of them look very fresh, and they both seemed a bit bemused by life, but while she was practising social distancing, he was at least vaguely aware of the necessity of fulfilling his biological function – if not absolutely certain how to go about it. Firstly he walked around her and looked at her from various angles, but she ignored him. Then he tried unpacking his genitalia and waving it about a bit, which I could have told him is rarely enticing, and in this case it got him precisely nowhere. Then he washed his face and paws, before approaching her again – but she still showed no interest whatsoever, and at this point he gave up and left. She carried on sitting stock still while I photographed her from close quarters, but eventually I gave up too, and she finally got to be alone.