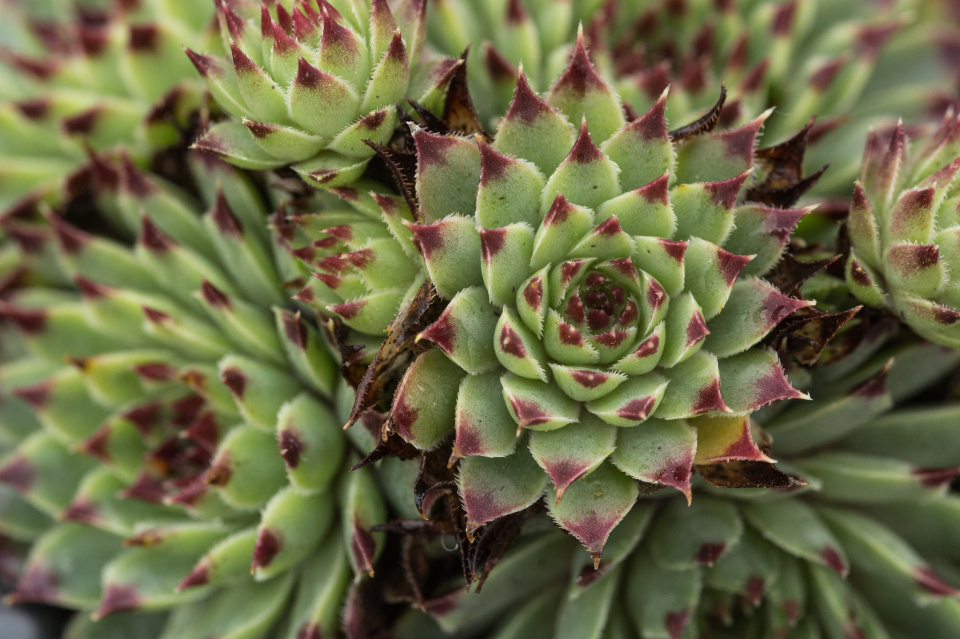 I’ve had another busy day – I managed to take several very tedious things off my to-do list by treating them like a finger-food buffet and nibbling a little from each in turn, repeatedly through the day – but it did mean that my photos were taken in a rushed tea break early this afternoon, and I didn’t actually look at them till after dinner.

I had about 30 shots of a Sempervivum flower spike which I was hoping would focus stack – and they did, but I didn’t actually like any of the resulting images much. I deleted all but two and was hovering between them – but then decided to take a look at this single shot, which was the last photo of the day, and realised that I liked it much better than anything else I’d taken.

Sometimes it pays to keep it simple!