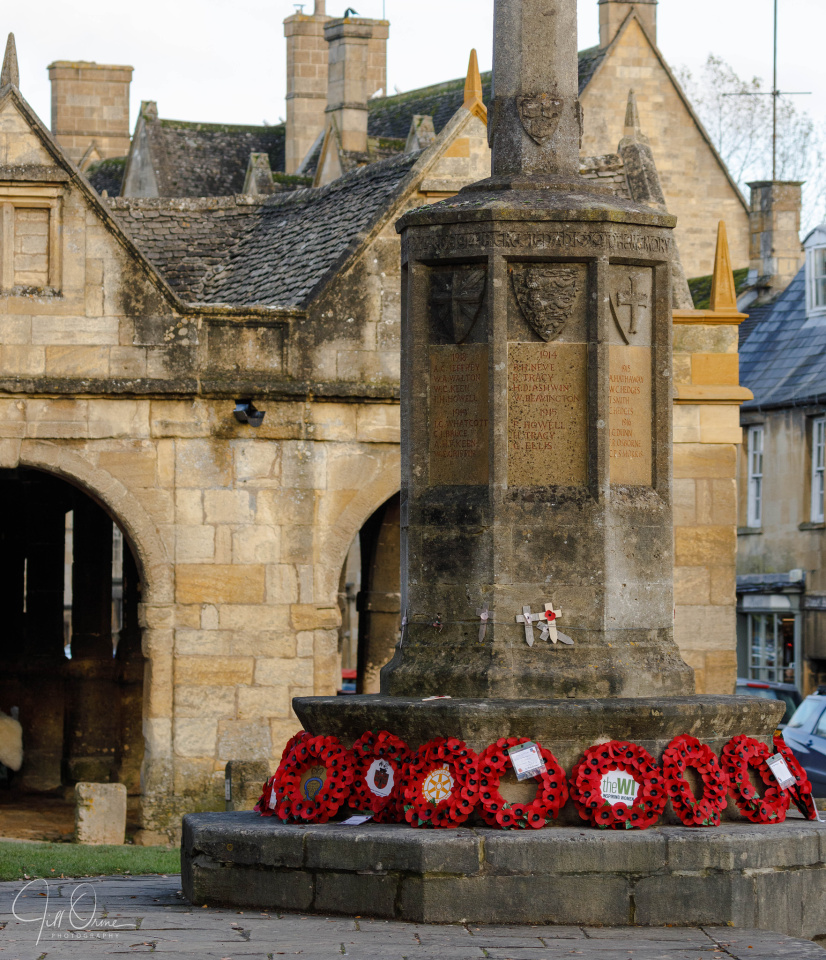 The village did flood overnight, but not as badly as a couple of weeks ago, so I hope that all our neighbours’ homes stayed dry this time. There were only a few inches of water over the lane outside our house, which meant that (using R’s car) we were able to get out of the damp trench, and take ourselves off to Chipping Campden for coffee and a walk. We went, as we tend to do, to the Campden Coffee Company, which is in the old Guild of Handicrafts building on Sheep Street. Opposite the café is a gallery that’s run as a kind of co-operative by a number of local craftspeople and artists, and after an enjoyable wander around we wound up buying a rather nice set of glass drinks coasters. Well, it would have been rude not to.

It being early afternoon on Remembrance Sunday, there were still quite a lot of people about the town who looked as though they’d been to the 11am service, but by the time we were walking back towards the car the First World War Memorial was quiet and I was able to take a few photos. It’s distressing to see that the names Keen, Tracy, and Hedges all appear twice on these lists; Charles and William Hedges were brothers, and though I don’t know if the other two pairs were related, it’s a reminder of how many families lost multiple members in the 1914-18 war. In small rural communities like this one, it’s likely that there was barely a family that didn’t suffer personal loss.

According to the Chipping Campden page of the  Gloucestershire Roll of Honour, there are 61 names on this memorial, and 16 on the Second World War Memorial that stands nearby. The engraver was called Edgar Keen, which makes me wonder: was he related to either or both of the two men listed – and if so, how did he bear to carve their names?