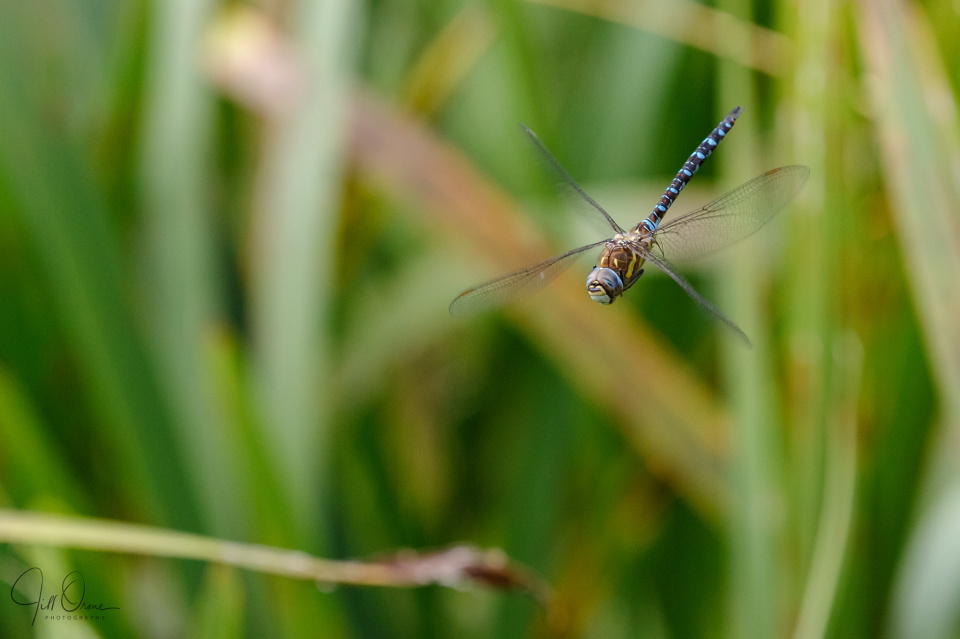 It was R’s birthday today, and having celebrated with the Offspring when they were both home last week, he opted for a low-key day today: cards and presents this morning, then a walk around Croome, and dinner at one of our favourite restaurants in Stratford this evening.

The lake at Croome was absolutely humming with dragons – we counted Brown, Southern and Migrant Hawkers, Common and Ruddy Darters, and a single fresh Black-tailed Skimmer. There were also a good number of damselflies, including some teneral ones, but I was concentrating on trying to capture flight shots of the dragons, and allowed the damsels to go about their business unmolested.

I came closer than I’ve managed before to a decent image of a male Brown Hawker in flight, which was pleasing; but my best shots of the day were of this obliging Migrant Hawker, who hovered for long enough in the same spot for me to get quite a nice sequence of photos of him. Although the colouring of male Migrant and Southern Hawkers is superficially similar, it didn’t take long for me to be able to tell the difference between them quite easily, even in flight. Migrants are appreciably smaller than Southerns, very much less aggressive, and far less restless: they frequently hover like this for seconds at a time, whereas the Southerns are generally in motion, and tend to hover only momentarily.

As we were leaving the lake I stopped for a couple of minutes to watch a pair of Common Darters ovipositing in tandem, and I’ve put a photo of them in flight on my Facebook page, should you be interested.