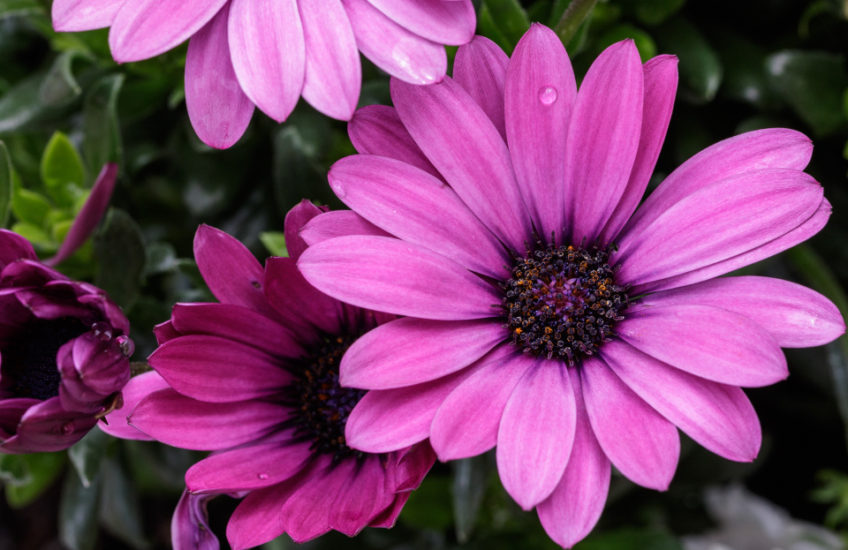 As you can see we had some rain overnight, which was sorely needed. By lunch time all the water that had fallen had either soaked away or evaporated, but there was a second downpour this afternoon and the garden is now looking wonderfully green.

I don’t have much else to tell you about my day, except that it was R’s and my 28th wedding anniversary. We celebrated  riotously by starting the process of refilling the two rooms that were decorated this week and then popping out to Waitrose, and this evening we went for dinner to one of our favourite local restaurants – where disconcertingly the head chef is a young man who was in the same class as Child Two at first school.

In the news: a massive worldwide cyber attack – probably originating in Russia – which caused the closure of a number of NHS wards, including a stroke unit. When we’ve all finished being outraged at the fact that people are likely to have died as a result of this, I hope we still have a little fury left in the tank for the fact that 90% of NHS Trusts are still using unsupported Windows XP because they don’t have enough money to upgrade their systems.

And over in the USA, the Trump Administration’s desperate attempts to keep control of the mess they’ve created are looking increasingly like someone with poor co-ordination trying to stuff a half-inflated balloon into a sock. I don’t generally derive amusement from visiting Bedlam and watching the crazy people being poked through the bars with a stick, but in this case I’ll make an exception because – you know…. treason….