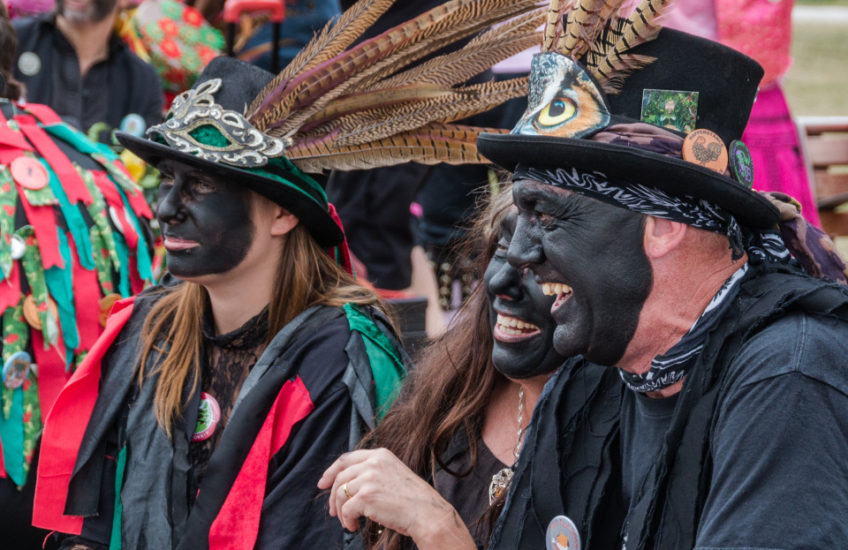 During all the excitement of this morning, when for a few hours the site was inaccessible, I went off to do some calming gardening and harvested several pounds of blackcurrants. Tomorrow, therefore, I will mostly be making jam.

Late this afternoon R and I went to Stratford to run some errands and have a meal, and as I hadn’t yet taken any photos the camera went with us – which was lucky, because as we walked along Waterside we happened on a large Morris side. I’d have been very grumpy indeed to have missed a blipportunity as good as that!

Even if you don’t live in the British Isles you’ve probably seen Morris dancing, but it’s quite possible that you’ve never seen a Morris side line dancing – which is what half of them were doing, while the rest watched with varying degrees of amusement. The extras give a flavour of the spectacle that was taking place – and there are a few more on Flickr, starting here. 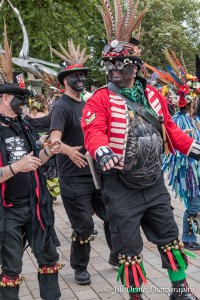 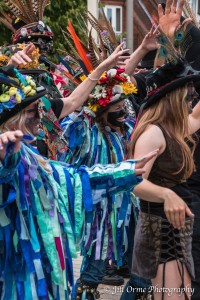 Because someone in a uniform T-shirt came up and thrust a collection bucket at me I was able to identify them as Foxs Border Morris, a mixed side based in the village of Cookley in Worcestershire. They were having such a good time, and some of their costumes were so amazing, that I felt thoroughly envious and really wanted to be a part of the group – but as I don’t care for strenuous exercise and have no sense of rhythm I don’t feel I’d be much of an ornament to their troupe. But if you feel compelled to don black-face and feathers, or if you’d like to hire them to perform, their web site is here.