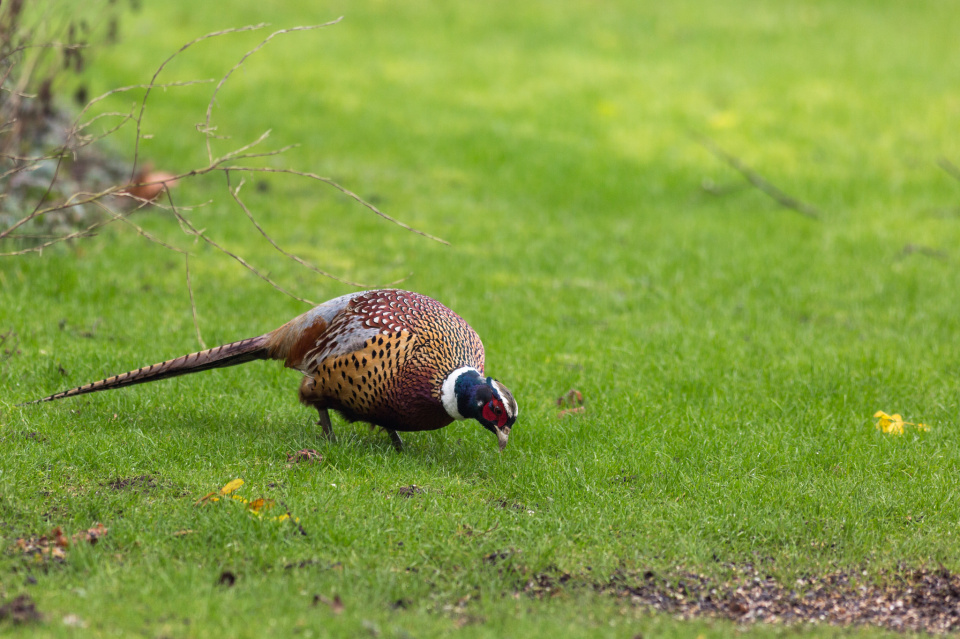 I decided yesterday that it was time to stop obsessing, choose a supplier and order a 400mm lens. Early this morning, just after I arrived back in the house from photographing a sunrise, I received an email telling me that the lens would be delivered between 9.33 and 10.33 am, and that I could track the driver’s progress in real time.

How exciting is that?!

We bought our first PC in 1996 – a hideous machine with a tiny, unreliable hard drive, and so heavily pre-loaded with software that it could barely run. The Offspring fought over it when it was working, and screamed for Mother when it wasn’t – and in fairly short order Mother became sufficiently computer-savvy to fix most of its many problems herself, a sanity-preserving necessity as the technical support line at Packard Bell was largely staffed by twelve year old idiots.

When we bought the PC it had no modem, but I worked at that time for a local branch of a national charity, and one of the volunteers sweetly gave me an old dial-up modem when he upgraded his own PC. I still remember watching in awe as R finally won a long and furious battle with the impenetrable comms software and connected us to the internet for the first time – it seemed like some kind of witchcraft to be sitting in an ancient barn in snowy Worcestershire, electronically communicating with the outside world. Though “communicating” would be a kind way of putting it: the village we lived in at that time was at about the furthest possible point from one of the oldest telephone exchanges in the country, and the wires were barely fit for the purpose of transmitting speech, let alone transferring data.

The relevance of all of which drivel is that the next Christmas the world became aware of NORAD Tracks Santa, and because the Offspring were of an age to find this kind of thing entertaining we foolishly offered to let them go on the web site – only to discover that our system was completely unable to load the page properly even once. I don’t know if L and H still bear the scars of that Christmas Eve, but I know I do.

How odd then, to find myself at my desk this morning, casually keeping watch on the progress of a delivery driver as he steadily approached the village. He arrived at 9.35, by the way – if he’d been three minutes earlier he would have had to wait until the start of my allotted delivery hour before he could knock on the door. By 9.40 the lens was unpacked and in my trembling hands, and by 9.50 I was outside with it on the 5D.

My, but it’s a heavy beast! I now know why proper photographers tend to complain that lenses which seem to mere mortals like myself to be perfectly robust are “flimsy”: as far as I can tell, this one is made of iron. I struggled with it to begin with, because the light in the garden was terrible, and even pushing the ISO sky-high I couldn’t get the shutter speed high enough to work hand-held in the screaming gale that’s been blowing here all day. In the end I retreated to the conservatory and put it on a tripod; then I went off to edit my sunrise photos, and when I next looked, this pheasant was in the garden.

So, this was taken through rather grubby double glazing, at a distance of maybe 10 metres. It’s cropped a bit, but not much. I’m pretty pleased – partly with the performance of the lens, and partly because it’s the first set of reasonably close shots I’ve ever captured of a pheasant. I have seven days to make up my mind whether or not to keep the lens, but on this evidence I think it might be difficult to part with.