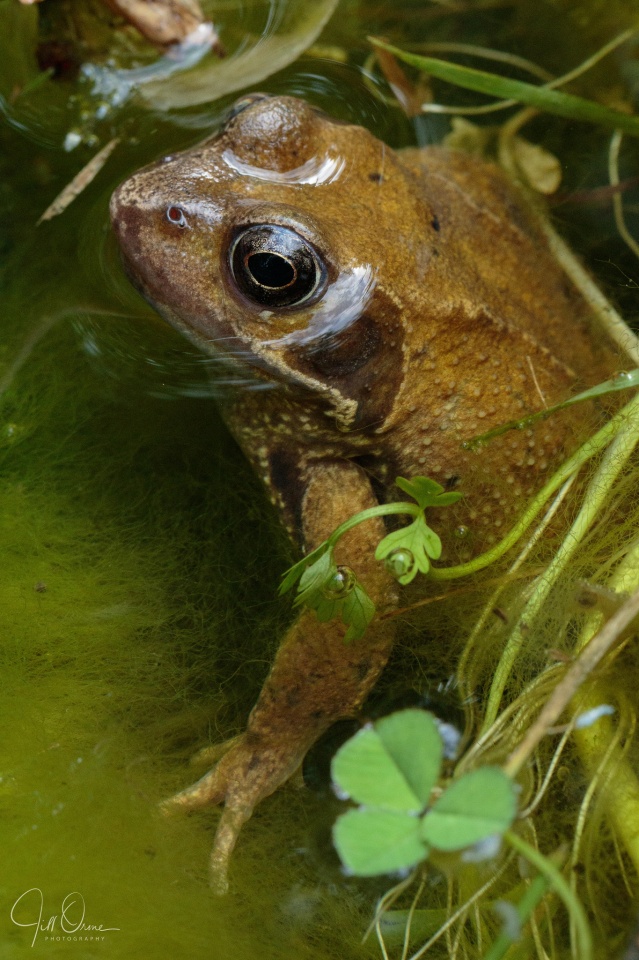 R and I went to Charlecote this morning, for a brisk walk and a coffee. A volunteer on the gate warned us to stick to the paths because, she said, the deer were already edgy – “it being that time of year”. It’s not yet that time of year, and the deer let her down by failing to play their part: they were all lying down under various trees, and most of them were asleep. The park was unusually busy with humans though – it seems that the current necessity to book visits to National Trust properties is causing more people to go, rather than fewer – and I would guess that the estate managers are concerned about the upcoming rut, and keen to administer some safety training in advance. Having seen some awful behaviour in previous years, such as people marching up to mature bucks to take mobile phone photos of their huge antler racks, I sympathise with this, but fear that it won’t do much good.

When we got home I checked the ponds as usual, to see if anything interesting was going on (by which, of course, I primarily mean anything Odonata-related). The big news from the patio pond is that it now has a resident backswimmer, which doesn’t bode very well for the damselfly larvae that I’ve been hoping might be developing in there. On the other hand, if dragonfly larvae don’t have any predators to worry about they just wind up eating each other; plus with luck there are other larvae in that pond as well by now, for the backswimmer to chase… so I’ll just have to grit my teeth, keep repeating the mantra survival of the fittest, and wait to see what, if anything, emerges from the water next spring.

When I got to the wildlife pond there didn’t seem to be anything much happening, and I was turning to go back to the house when I spotted this little chap lurking in a corner. It’s much less well marked than the frogs I’ve photographed here previously, all of which have had very definite face masks, and at least one of which was quite extravagantly cross-gartered. I rather like it though, and I appreciated its stolid endurance of my close photographic attention – our last froggy visitor had a fit of the vapours every time I got within ten yards of it, and wouldn’t allow me any kind of photo, so it was nice to be able to record this one with the macro. If I could teach it to earn its keep by doing a little weeding, we could become firm friends.