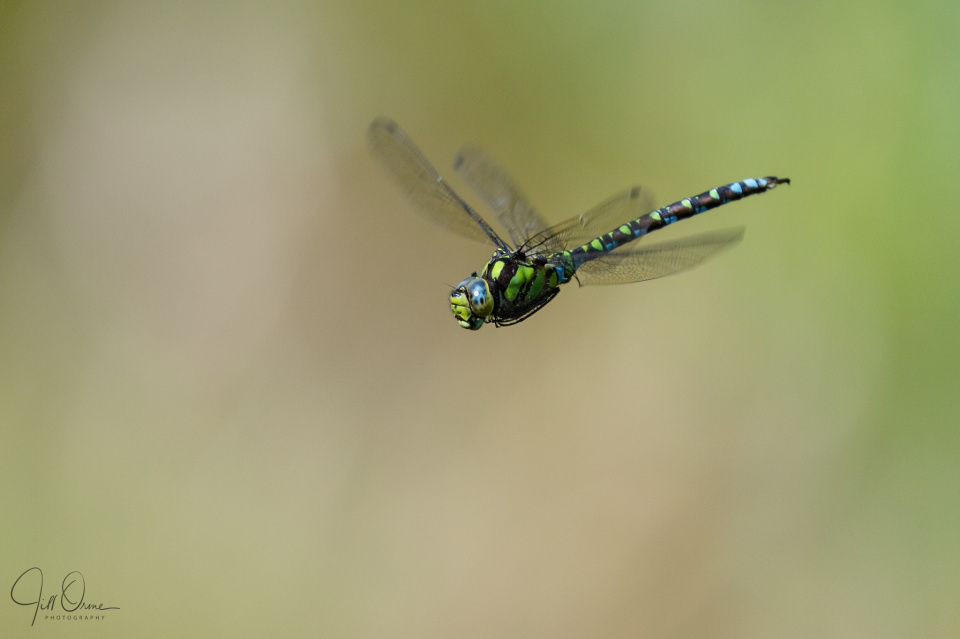 I went to Trench Wood this afternoon in search of a fairly rare colour variant of the Silver-washed Fritillary, which turns up there each year and has been reported a few times over the past couple of weeks. I didn’t find it, but was amply compensated by all the goings-on at the pond, which was busy with butterflies, damsels, and dragons.

I was fascinated to see several butterflies – including a couple of Purple Hairstreaks – flutter low over the water, and momentarily dip down to touch the surface; I didn’t manage to get a photo, but I assume they were dipping their proboscises to drink. I’ve not heard of this behaviour, though I’ve seen reports of them standing on pond weed to drink in the early mornings, but this might have been a risky strategy this afternoon because of the number of dragonflies that were patrolling the pond. The smaller butterflies especially seemed to be very wary of the dragons, and though several times I thought I was about to see the Purple Hairstreak population decrease by one, each time the intended victim managed to take evasive action.

I confess that I was surprised to find that anything can outmanoeuvre a hunting dragon, but they were definitely not having everything their own way this afternoon. Some of them were doing a thing I’ve seen before, which is to land quickly on a leaf and then bounce up into the air again – I can’t be sure, but I think they do it to try to disturb any small insects that are clinging to the leaf, putting them to flight so that the dragons can grab them. I also happened to be standing in the right spot when this large male Southern Hawker flew deliberately into a tangle of foliage on the edge of the pond, with a great clattering of wings and rustling of leaves, and disturbed a couple of Gatekeepers that I hadn’t even known were there – but again, both managed to skitter out of the way of the hunter as it emerged from the foliage, and the dragon missed its meal.

The most entertaining thing of all was how interested the Southern Hawkers were in me: several times I found myself face-to-face with one, as it hovered a few inches in front of me, checking me out. At one point they were coming in so close, so regularly, that I put down the big zoom and used the macro for a while instead, and I have some macro shots (sadly not sharp enough to keep) in which the dragon spills right out of the frame. Taking photos in those circumstances feels like a bit of a fool’s game, to be honest: dragonflies don’t mind being looked at, and will hang in the air very close to you if they feel so inclined, but they seem not to like having a lens pointed at them, and tend to take evasive action when you do it. This may just mean that they zoom a few inches to one side, but you then have to get them back in the frame and correct the focus – by which time they’re usually on the move again…. and so it goes on.

When R and I saw an extremely battered male Emperor at Croome on Sunday I mentioned the territoriality of dragons, and I witnessed some brutal confrontations between the Southern Hawkers this afternoon. There were at least half a dozen of them around the section of pond I was watching, and whenever two (or sometimes more) of them clashed, the clattering of exoskeletons and wings made me physically wince. Sometimes it felt as though the thing they were fighting about was me: one would be hovering in front of me, taking stock or whatever it is they’re doing, and suddenly another would hurtle in and hit the first, knocking it away from me. There would then be a noisy few seconds of thrashing wings and abdomens before they separated – after which one of them (though I was never sure if it was the original one or the challenger) would come back to me and resume its observation. Of course, I don’t really think they were fighting over me – they just fight, and any excuse for combat will do – but it did make me feel a bit like the prize in a jousting tournament.