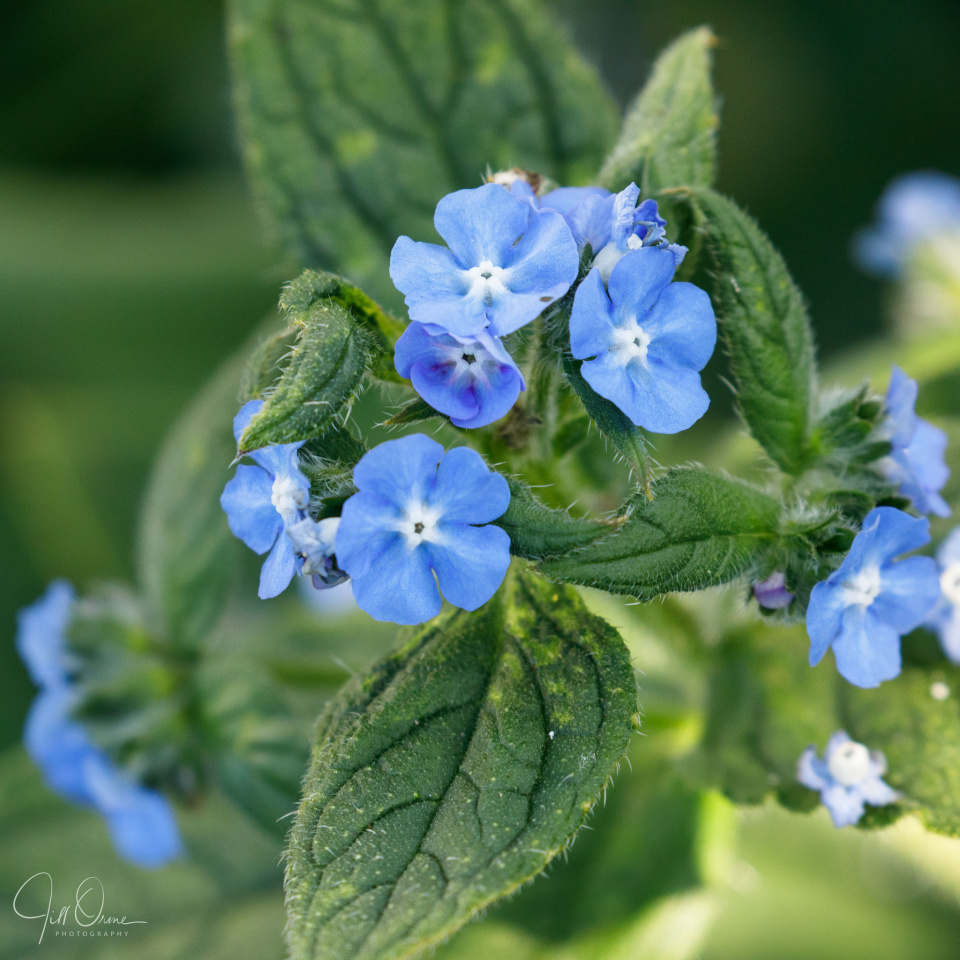 I don’t know much about plants, other than that most of the ones I’d like to grow in my garden hate the soil – or possibly my casual attitude – and gloomily fail to thrive. But I’m trying to learn, because it’s inefficient, and at times embarrassing, to talk about, for example, “that little straggly weed with the red stems and tiny pink flowers, that smells of cat pee” when you can simply say “herb-Robert” and have everyone know what you mean. (R and I have been bickering for years about his wilful refusal to learn the names of roads, which he says he has no need to know, other than when I say “It’s the one on Arden Street”, and he has to say “Where’s that?”. But that’s another story.)

So. I’ve always referred to this as borage, but I’ve recently learned that although it is a member of the borage family, it’s actually called green alkanet. Borage itself has star-shaped flowers, and having looked at photos of it I’m not at all sure that I’ve ever seen any in the flesh, as it were. Other close relatives are pulmonaria and forget-me-not, but whereas those are generally thought of as nice things to have growing in your garden, green alkanet is widely despised, and some gardeners go to great lengths to eradicate it. Which you have to do, apparently, because it scoffs in the face of anything less than armed assault.

Personally I consider myself lucky to have it, because it grows in dry shade where almost nothing else is happy, the flowers are pretty, and insects like it. Really, what more could you ask? It’s also said that you can make a weak red dye from the roots, should you have reason to want such a thing, although if making dye is your bag you’d be better off with dyer’s alkanet, Alkanna tinctoria. The Latin root of alkanet is alchanna, which derives from the Arabic al-ḥinnā’, meaning henna.