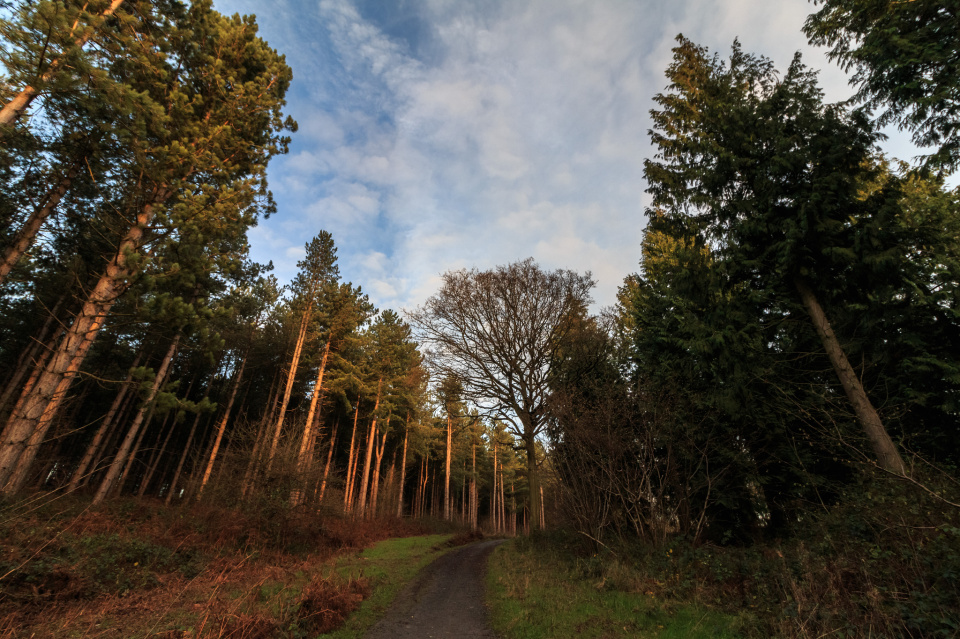 What had been designated a quiet day turned out to be pretty busy after all.

Having slept badly I was up well before dawn, and though there was almost no cloud I thought it was probably worth going out to get some early shots.  I was happy that I did, because it was a beautiful aqua and gold sunrise, and even though it was cold it was a pleasure to be out in that light.

Back at home I was pottering about tidying up and such, when the Christmas grocery order turned up. I was still in the midst of reorganising the fridge to try to fit all the perishables in it when R arrived with the turkey, and strict instructions from the farmer that in this unseasonal weather simply leaving it in the garage Would Not Do. I’ve never yet left a turkey in the garage – I don’t want to attract every rat in the county – but there have been years when it’s been so cold in the conservatory that Christmas lunch could happily spend 48 hours in there without coming to or causing harm; today though I managed to cram it into the fridge with no more than a light application of unseasonal language.

By now it was lunch time, and I was back at my desk and starting to think about going through my morning shots when Child One (a.k.a. The Film Maker) arrived in my study and casually asked if I happened to know of any nice pine forests. Long acquaintance with my first-born immediately alerted me to the likelihood that I was about to lose the rest of the day – but what can you do? One of her current projects is a music video, part of which is set in a forest. And I do know a forest. And I’d rather stand guard over her while she’s filming in a forest than think of her going off to one on her own. So we went to Oversley Wood.

And despite the fact that we were up to our hocks in mud, we actually had a really nice time wandering about – the light was lovely, and she got lots of film and I took quite a few photos. I used my widest lens here because I felt that the distortion added to the interest of the scene, but it’s the golden light on the pine trunks that got this the nod over a sunrise image today.

We arrived home as it was getting dark, and I was relieved to find that my lens had arrived while we were out – but I’m embarrassed to tell you that I haven’t yet unpacked it. Child One and I were ravenous after walking around Oversley for two hours, and R is far too sensible to let himself be shut in a house with two hungry women, so he took us out for dinner. After that I had all today’s photos to sort, cull and process, and then I had to blip… and now it’s nearly Christmas Eve, and time to get some sleep!