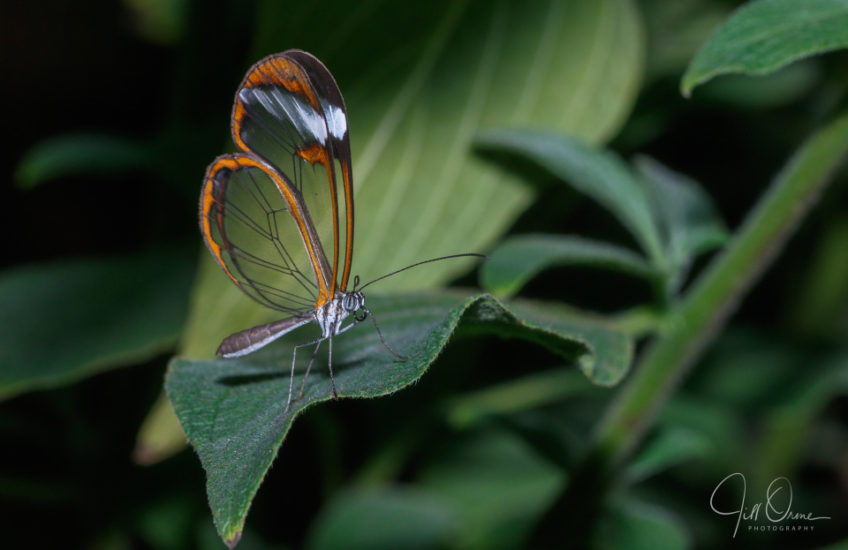 Today dawned so dull and dreary that I would have been tempted to go back to bed if I hadn’t had an appointment with my hairdresser in Stow-on-the-Wold. Even zooming through the Cotswolds listening to Bruce only provided a temporary lift.

Back at home I looked around vaguely for a tiny thing to photograph, failed to spot anything that pleased my eye, and decided to try the Butterfly Farm – learning from last week’s debâcle, and taking a flash unit with me this time. It’s half-term, of course, so the place was heaving with families, but that just increased my sense of purpose: half an hour after stepping through the door, I was on my way back to the car. 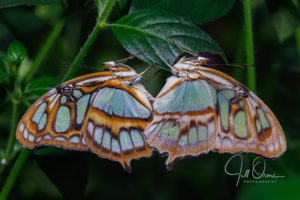 Researchers have been studying the wings of this species of butterfly, and have found that there are nanostructures on the surface which are apparently entirely random in size and orientation, and which allow a high proportion of electromagnetic rays to pass through, rather than being reflected back – including infrared and ultraviolet radiation, as well as the light that’s visible to humans. This is highly protective for the butterfly, because it makes it very difficult for potential predators to track it in flight; but scientists are now using the knowledge to help them develop non-reflective surfaces that will be useful to humans – for instance smart phone screens (and, I would profoundly hope, LED screens for cameras). Early prototypes have shown that this type of surface is also water-repellent and self-cleaning, which ought to be causing window cleaners a measure of alarm.

There’s a précis of the research here; but I’m sure you’ll all want to read the full paper, which is here.