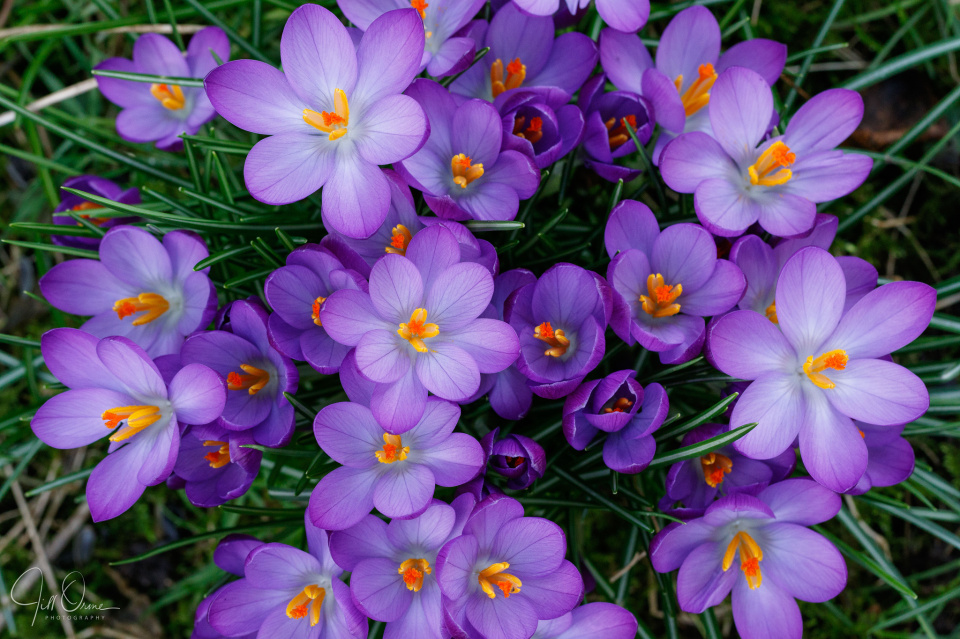 A couple of weeks ago I ordered some plants for the garden: fifty mixed native hedging whips, a red berberis, a black bamboo, and a whitebeam tree. All of them except the tree arrived last week during the cold snap, when the ground was frozen and planting impossible. Because of course they did. So I’ve been nursing them along, trying to stop them either freezing or drying out, and waiting for a thaw.

By today I could no longer deny that the ground was diggable, but R is still feeling some after-effects from his vaccination, and I’m feeling my stupid joints; so even though the hedging whips are the most vulnerable items we started with the bamboo, which in theory at least should have been easier to plant. In the event it wasn’t especially easy, because we had to dig out quite a lot of ivy and old roots from the site, and then clean and improve the soil, but though this involved a fair amount of physical effort, it didn’t take too long with both of us attacking the problem. Black bamboo is potentially invasive, and it’s recommended that you confine its roots when you plant it, but I’ve risked not doing this because we have a long stretch of ugly, north-facing fence to cover, and if the bamboo will do that for me I’m prepared to give it quite a lot of latitude. I hope I don’t come to regret that decision.

So anyway: one down, fifty one to go. Plus the tree, of course, when it turns up.

By the time we’d planted the bamboo neither of us felt like doing any more digging today, so we moved on to other tasks, including pruning some shrubs that have been getting above themselves. I also cleaned the wildlife pond of fallen leaves, seriously disgruntling a frog that was skulking underneath some of them, and made a plan to improve the planting in that area.

The early crocuses have come through the recent bad weather surprisingly well, and are now at that glorious stage when they look almost unreal. I’ve done very little to this image other than to lighten it a little, and make a minor colour correction.