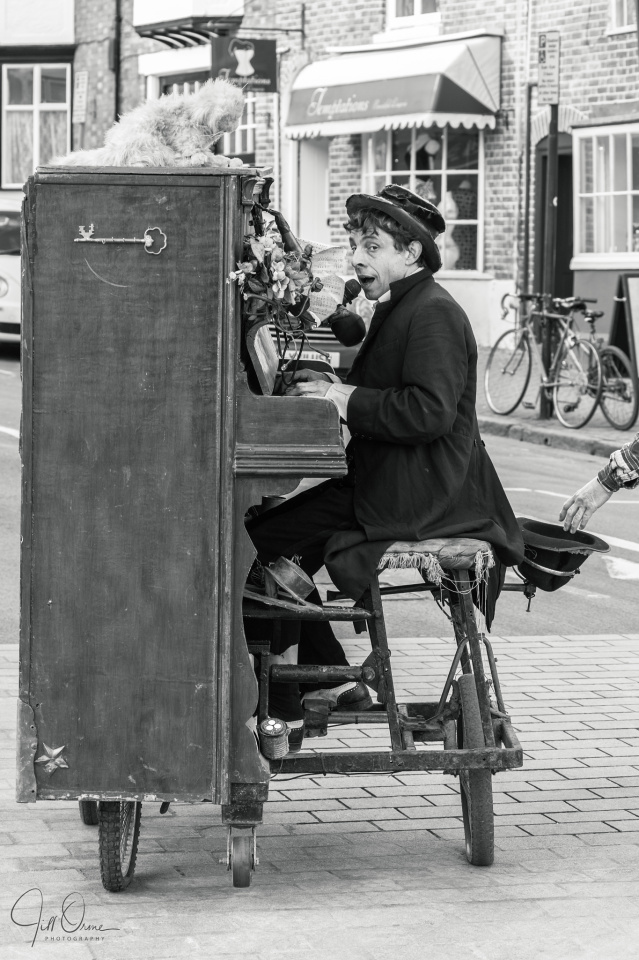 Buskers are a common sight in Stratford; the Council is (within reason) sympathetic to street performance, and as the town is both fairly arty and a tourist centre, busking gigs can pay well enough for even professional and semi-pro musicians to find it worth their while to put in a few hours – especially on a weekend in the summer months. But never in the quarter-century we’ve lived here have I seen anything like this before.

This guy was pedalling his piano around the junction of Waterside and Sheep Street – which necessitated keeping a sharp eye on the traffic – while playing and singing what sounded like old music hall songs. And he was pretty good, actually. He was also quite engaged in the process, rather than attempting to interact with the public, which made the whole thing funnier. He did interrupt his song just long enough to say “Thank you” when I dropped some coins in his hat after bagging my photos, then executed another three-point turn and set off again, leaving a crowd of grinning bystanders in his wake.

I later discovered that he’s quite famous; his name is Rimski, and there’s a video of him here.