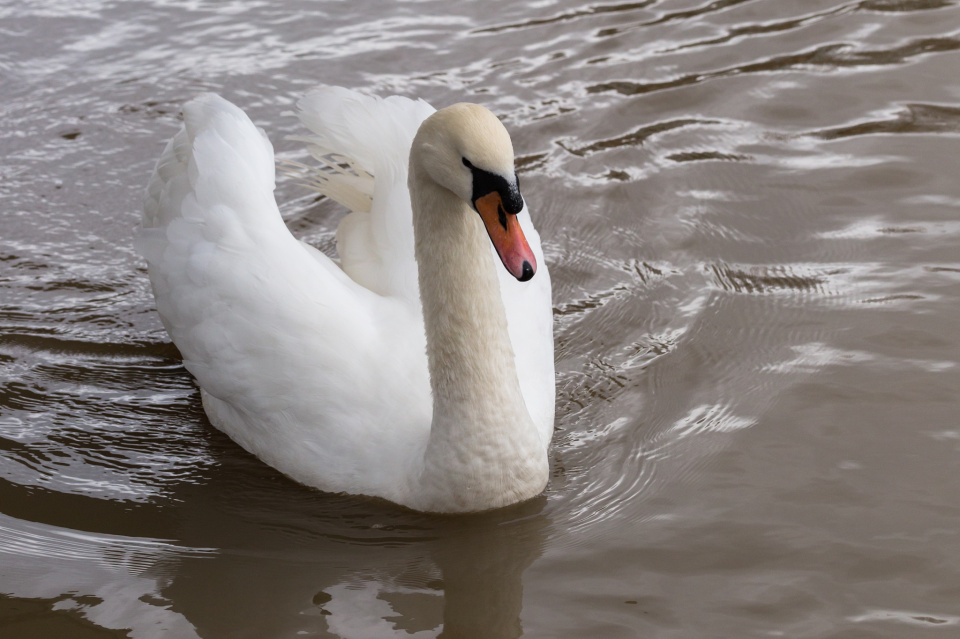 It was dog bath day today so we went to Stratford, me with camera as per. But it was a miserable brown and grey morning, with almost no people about and no interesting dogs. So I’m afraid I had to resort to a swan again – do let me know when you get bored with them!

Even though it’s nicely fluffed up I doubt that it’s the same Grumpy Swan as I shot on New Year’s Eve – there were a lot of males in this attitude this morning, presumably moving into breeding mode. At least I didn’t see any actual violence done, I’m happy to say: someone posted a series of shots today in the Wildlife Photography Group on Facebook of a fight literally to the death between two mallard drakes – nature at its most shocking.

The current total on the Blipfuture crowdfunding page is £114615.00, which doesn’t include Paypal donations.