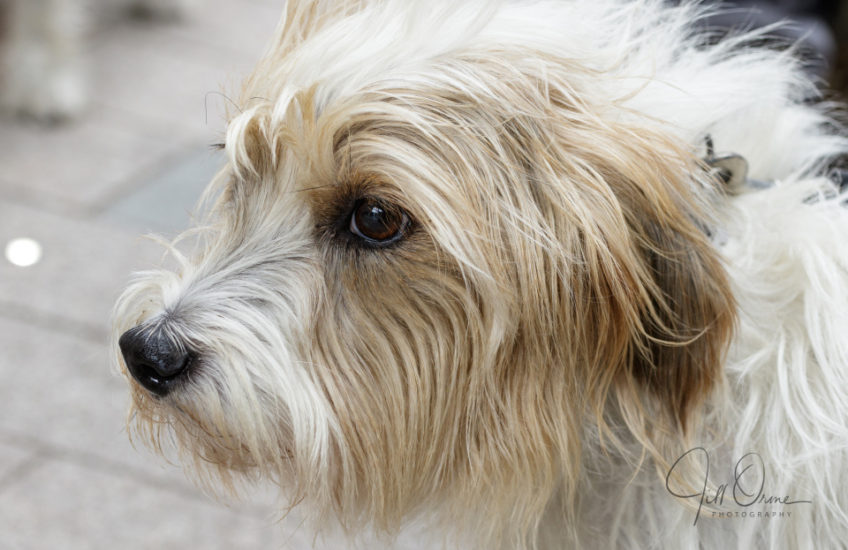 How disorganised was I today?

Well, I did warn you.

I turned up at Stratford ArtsHouse at 10am for my third and final stewarding session of the BGCC summer exhibition, only to be told by the two colleagues who were already there that I wasn’t rostered. I got out my phone and checked my diary, which stated that I was supposed to be there; but was trumped by J producing his and accessing the on line schedule, which showed that I wasn’t due to steward until this afternoon. There’s no way that I would have volunteered to be doing anything other than sitting in a heap on a Friday afternoon, but I must have ticked the wrong box when I added myself to the schedule several weeks ago, and as I hadn’t looked at the thing since committing myself I hadn’t noticed the error.

I was Not Pleased – especially as I’d already paid for a huge block of parking, and therefore didn’t feel that I could simply leave town to do something more interesting and then come back again after lunch. So I went off to do some shopping and take a walk around the town to kill some time, and as I was walking through a precinct to get to the High Street I spotted this dog outside a café and literally threw bum into reverse and skidded to a halt.

If his owner was surprised to find a complete stranger cross-questioning her on his breeding with no preamble, she handled the situation with aplomb, and we rapidly progressed to “Do you mind if I photograph him?” She didn’t mind, but I think it’s clear that he wasn’t too keen: his first instinct was to seek Mum’s protection from the Mad Woman (see the extra), and it took some coaxing to get him to a position in which I could reasonably point my (macro) lens at him. By the end of our mini-shoot, however, we were firm friends, and he was lying on his back to have his tummy rubbed; frankly, it was all I could do not to lie down next to him for a proper cuddle. 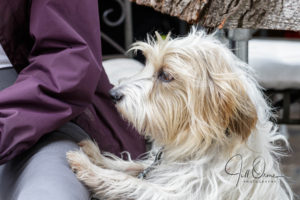 I remembered (as I usually don’t) to give his owner a card, with the offer that if she contacted me I’d happily send her copies of any decent shots I managed to capture. On the rare occasions when I do remember to do this, people are generally too diffident to take up the offer, but if she’s reading this blog I want her to know that I meant it, and that I also managed a couple of passable shots of his sister (who was less friendly but no less glamorous), and I would be delighted to email them to her.