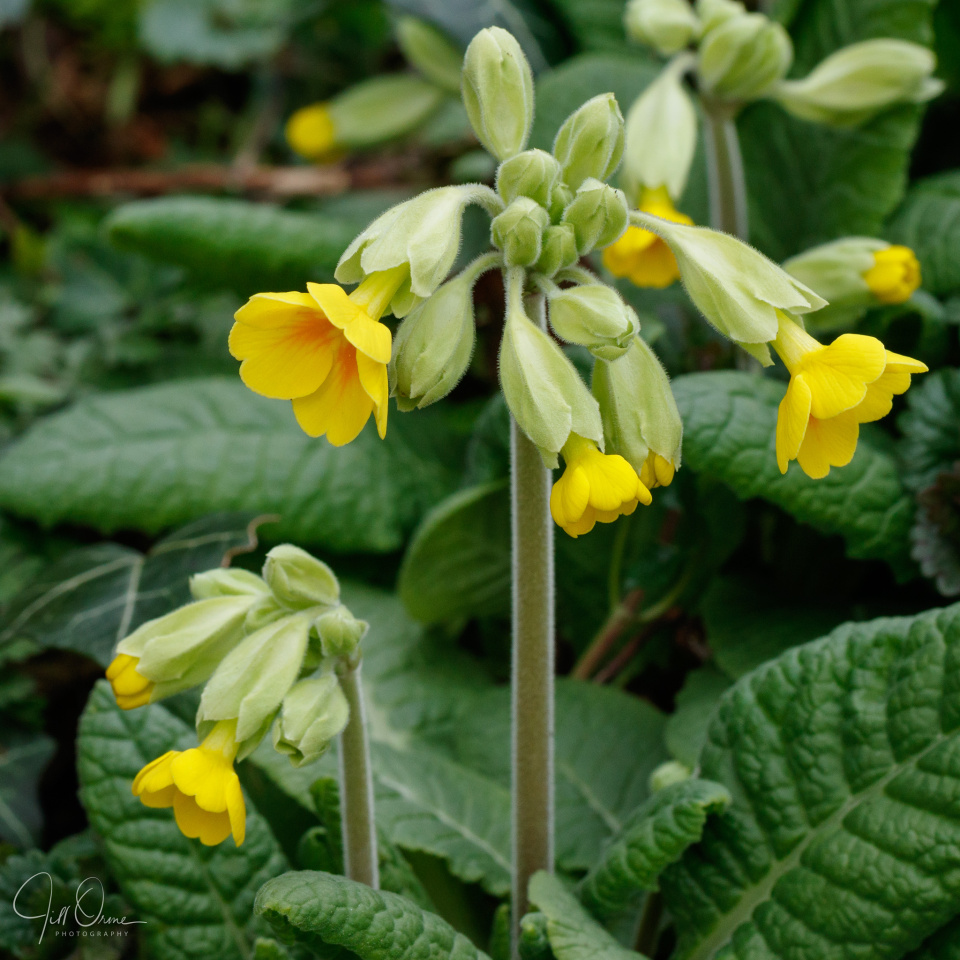 My garden hosts numerous primroses, but only two small patches of cowslip. This one is under the tree canopy down in the rather boggy wild garden – which on paper isn’t ideal territory for a plant that’s said to favour dry calcareous grassland, but it seems to be thriving there. Its Latin name, Primula veris, means the primrose of spring: it flowers towards Easter, later than the common primrose, which can bloom any time from December onwards. Mine are just coming into flower, while my primroses are starting to look a little tired by now.

The cowslip used to be one of the most common and easily recognisable British wild flowers, but it underwent a steep decline during the late C20th. I fantasised briefly about blaming the Women’s Institute for this, because cowslip wine used to be a country delicacy, and back in my Lancashire childhood I remember seeing it fermenting in carboys in the house of a couple of family friends who were WI stalwarts (and on one or two rare occasions, being allowed just a sip of the finished product); but in truth the problem – as so often – actually lies at the door of changing land use, in particular the loss of the grasslands which the cowslip favours.

You do need a lot of cowslips to make a batch of wine though, so the WI probably didn’t help. One recipe I found on line goes thusly:

What you will need
475g of Cowslip flowers
12 Litres of Water
2.925 Kilograms of Sugar
1 Tablespoon of Yeast

Method
1. Add the sugar to the water and bring to the boil so that the sugar dissolves, let this boil for 2 hours so that the liquid reduces.
2. Remove the liquid from the heat and stir in the flowers.
3. Let this stand for 48 hours.
4. Strain the mixture so that it is a smooth liquid and stir in the yeast.
5. Pour the mixture into a barrel to age for a month before bottling it. (You can add a little more sugar at this point if you really want to.)

In my (possibly unreliable) memory the wine is delicious, but even if I could collect half a kilogram of cowslip flowers, I think I’d rather leave them growing, offering delight to the human eye and providing valuable food for early pollinating insects. Bonus fun fact: the name ‘cowslip’ is thought to derive from the fact that Primula vulgaris often seeds into pats of cow dung. Not so keen on that delicious wine now…? I can’t say I entirely blame you.