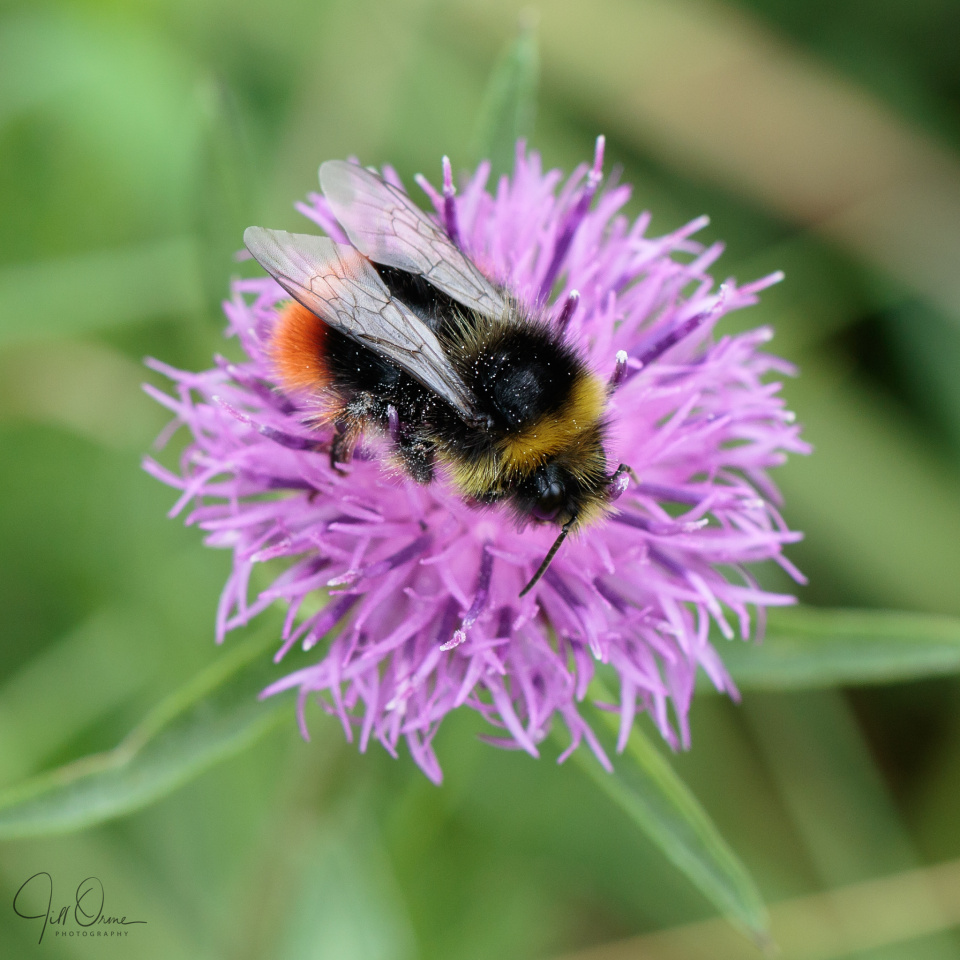 After trying for a while to decide between these two photos, I’ve finally given up and decided to post them both.

The main image charms me because I love a sleeping bee and this one, which is a male Bombus lapidarius, was fast asleep on the cushiony head of the knapweed flower when I spotted him. His pristine condition suggests that he’s pretty new, so I’m not sure what can have made him tired enough to fall asleep out in the open in the middle of the day, but his only job is to mate the new queens as they emerge, and perhaps it’s exhausting hanging about waiting for them. Bombus lapidarius is one of the UK’s commonest bumblebees – we have a nest at the base of our front garden wall – but to my eye their striking colouring makes them look a little exotic. 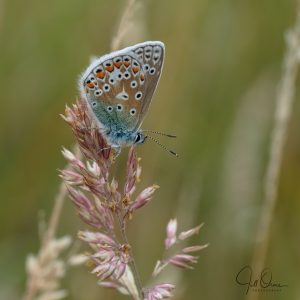 The extra is one of three Common Blue butterflies I saw today: there were two males in Tilly’s field this afternoon, of which this is one, and this morning I managed to grab a record shot of a female in our garden. Almost unbelievably, given that we’re now in the final ten days of July, these are the first Common Blues I’ve seen all year, which supports a general feeling I’ve picked up in butterfly discussion groups on line that this species is having a very poor year. I’ve only seen one Brown Argus so far this year too, and no Small Coppers at all, and I fear that these small butterflies may have suffered badly from the dry summers and wet winters we’ve had over the past couple of years.

My third-favourite photo of the day is a first: I’ve never recorded the small but distinctive hoverfly Melangyna umbellatarum before – and it was purely by chance that I saw this one. If I hadn’t had to stay at home this morning to take delivery of a package, I’d have been out and about somewhere rather than killing time by skulking around the wildlife pond, and I’d have missed this female browsing the tiny flowers of the water plantain.