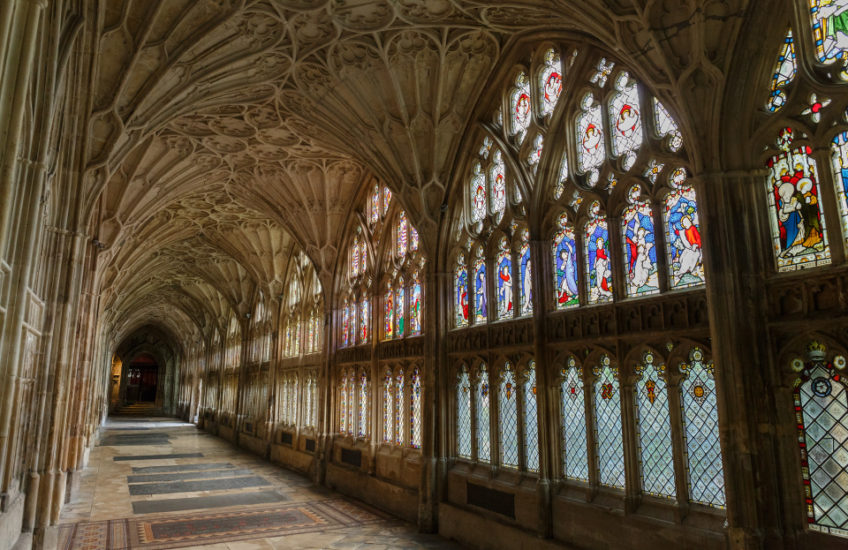 R and I had a very interesting day today, one way and another.

First thing this morning we went off to the antiques centre near Stratford, to collect our G-Plan tables. We were driving along the main Bidford to Stratford road in a queue of traffic, which slowed down as we were coming towards the turn into Welford because (I just had time to register) the chap in front of us had come up behind someone on a push-bike and couldn’t easily pass because of double white lines on this section of road, when suddenly the bike hit a rut, and the young man riding it went flying. If the driver in front of us had been proceeding less carefully there would have been a very serious accident indeed – but as it was he was able to stop, and so did we and everyone behind us.

The chap in front and I both got out of our cars and ran to the verge where the young man (who was only in his late teens) was now staggering around, obviously shocked, and with his face quite bloodied and one hand slightly injured. The bike looked as though it wasn’t going to be good for much for a while at least. The rider initially said he was OK, but he clearly wasn’t, and I got him to give me his name and home phone number so I could call his mother and explain what had happened; she of course said that she’d be there as soon as she could. R then pulled our car onto the verge to clear the road so that everyone else could continue with their journeys, and I got C sitting down in the warmth of the car and found some wet wipes so that he could clean himself up a little before his Mum arrived.

A few minutes later not one but two cars pulled up in front of us, each driven by one of his parents. C and I got out of our car, and as his mother  walked up to him and put her arms round him, the look on her face made me need to clench my teeth very firmly so as not to burst into tears of sympathy. As it was, all was well, but C’s parents and R and I were all clearly imagining the same, much worse scenario. She said, very sensibly, that they would take him straight to their doctor for a check-up, and as R and I pulled away C’s father was taking phone photos of the damaged section of road surface. I had already done the same, and tomorrow I will investigate who they should be sent to, to alert the authorities of the need to carry out some repairs before the worse scenario befalls someone else.

After all of which, we collected our tables, took them back home, and then went off down to Gloucester to take a look at the Cathedral. If you don’t know this church, I strongly recommend it to you – especially if, like myself, you’re partial to a nice bit of perpendicular Gothic. From the outside it doesn’t look overly special, but inside it’s absolutely massive, and quite stunning; Wikipedia describes it as looking like a cage of stone and glass, and that’s pretty apt. It also has many strange and charming little features such as tiny side chapels and unusual tombs, and you get the feeling that you could visit many times before you’d fully explored everything it has to offer.

I’ve chosen to feature the fan-vaulted cloisters today, because they’re the loveliest I’ve ever seen anywhere – and according to a notice in one of the four walks, they’re the earliest example of this type of stone carving to be found anywhere in Europe. The extra shows a different section of the cloisters and gives more of a sense of the way the vaulting encloses you as you walk through. I have many more photos of the Cathedral, of course, but I haven’t had time to process them yet because I’ve been out at choir practice this evening; tomorrow I’ll sort them all out and make a Facebook album. 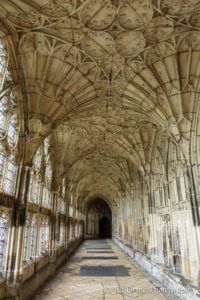 The solution to yesterday’s Mystery Macro is that it was one of the tightening clamps of the wire trellis on the riverside façade of the Royal Shakespeare Theatre in Stratford.