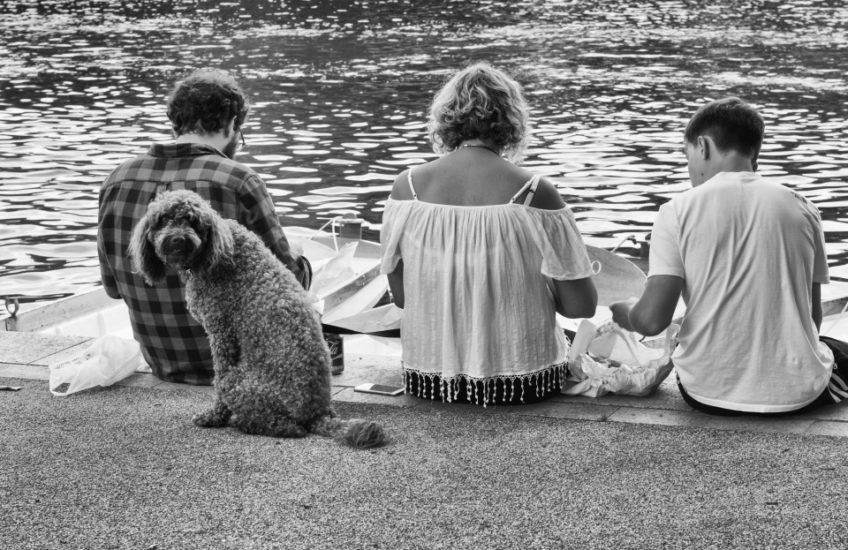 Not so much as a measly taste…

R and I were wandering back to the car along Waterside in Stratford this afternoon, when we spotted this family of 3+dog sitting on the edge of the quay. At least, the humans were sitting, eating fish and chips; the dog was standing behind them chewing something, which when we got closer turned out to be its webbing lead, which was wrapped around one of its forelegs.

At this moment the woman noticed that the dog was attacking the lead, yanked the lead and shouted at the dog. I pointed out that the dog was in fact tangled in the lead, and received back the Special Look reserved by the British for those whose interventions they take to be criticism. But she untangled the lead, so there was no point in me engaging in any further discussion on the matter. The dog, now free, went and sat down, and R and I walked on.

I did feel, however, that the dog and I had made a connection, and when, as we passed directly behind the tableau, it gave me a rather Special Look of its own, I couldn’t help but anthropomorphise.