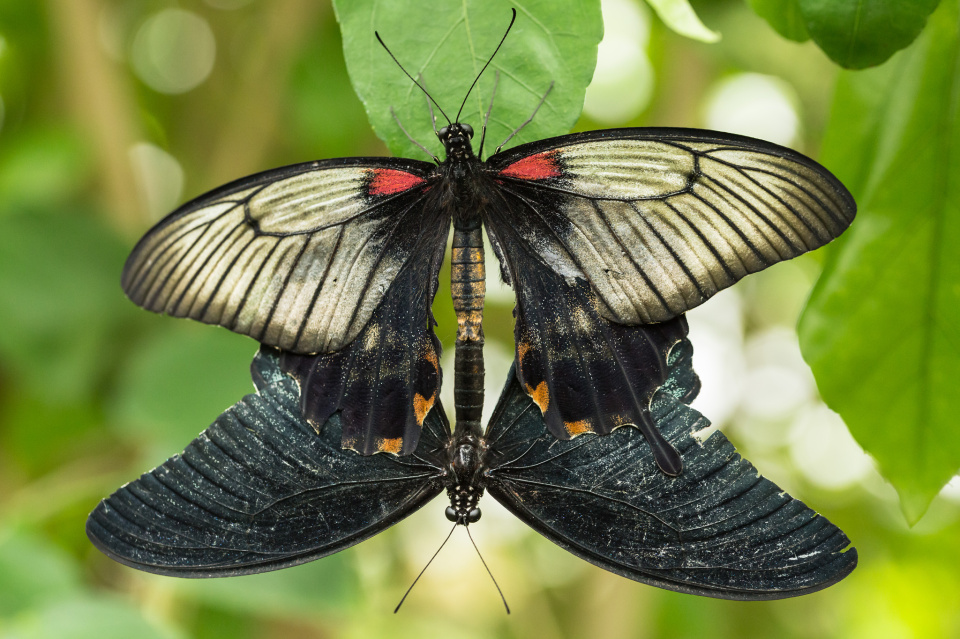 I’m late posting today because I took too many photos and had to spend ages culling and processing – and then I was spoiled for choice and couldn’t decide which one to feature. Poor me!

This week’s exercise in A Year With My Camera centres around ISO, and as it was another dull and grey day I thought I’d take a trip to Stratford Butterfly Farm: it’s one of the places where I use auto-ISO, and because the light is very variable I knew I’d get shots with a wide ISO range. It was the first time I’d used the macro lens there, and I was very pleased with the way it performed – especially as I was still a little anxious about the sharp jolt it sustained the other day when my tripod head slipped.

I happened to arrive at the Butterfly Farm at lunch time, and this turned out to be a really good time, mainly because the last of the morning’s school parties was leaving – about a dozen small, hysterical girls, shrieking and windmilling their arms every time anything flew within three metres of them, were being led out by exhausted staff who looked as though they were severely in need of a stiff drink and a lie-down in a darkened room. And it seemed as though the butterflies were similarly exhausted by a morning dealing with the young of the human race: most of them were resting on plants, or even on the ground, and were therefore very easy to photograph.

I wandered around the flight room for a while, collecting shots – but the lack of activity began to seem rather strange, and I was wondering whether I should go and speak to a member of staff and ask if this was normal behaviour – when suddenly, at about 12.45pm, they all woke up and went into frantic flight mode. It’s a good thing there were no little girls there, because for the next twenty minutes the air around my head was full of butterflies, and I was landed on repeatedly by the bolder species. It’s just a shame that there was no-one with me to record my passengers.

Of all the shots I took, I thought that you might be most interested to see this pair of Great Mormons mating. I don’t know how long the coupling lasts, but I walked past them several times over the course of about quarter of an hour, during which time they appeared to be quite stationary – despite being mobbed repeatedly by some other individuals. Most of the photos I took of that were just a blur of wings, but I’ve put in the clearest one as an extra. 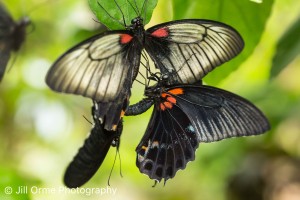 Today’s second extra was very nearly my blip: it’s a Speckled Mousebird eating some rotting banana at one of the butterfly feeding stations, and I was totally charmed by its mohawk and its ridiculous feet. The image is cropped, but not much, which gives you an idea of how close I got before it decided to abandon its lunch. 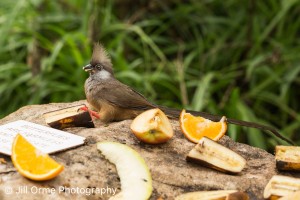