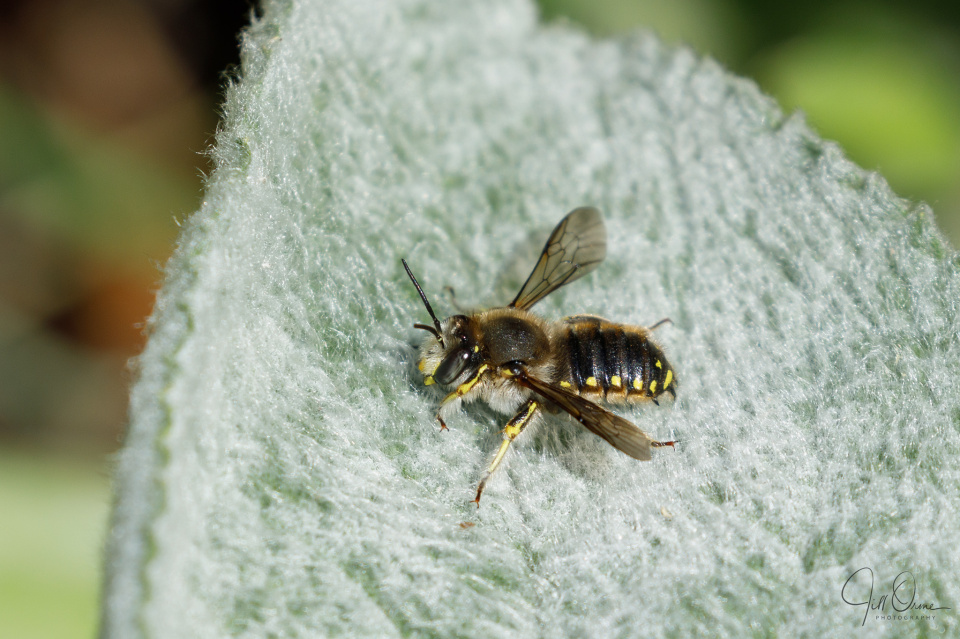 Like yesterday, today ran away from me – but at least today I know what I did with it all. I spent the morning at my desk, dealing with various kinds of administration: on line shopping, including a supermarket shop, and orders for vitamins, wine, and socks; a chat with the rheumatology department at Warwick; and a booking at Stratford to have blood tests done (“Are you shielding?” enquired the rheumatology nurse. “No,” I said. “Well, you’ll be OK to go to Stratford then. Just stay away from here.” Ummm…. OK then. Absolutely. Will do.)

When I eventually made it outside with the cameras, I discovered that summer had returned, which was nice, and that the stachys was busy with Wool Carders, which was even better. When R arrived home from Evesham after collecting the wine I’d bought, he found me jumping up and down and waving my arms around in triumph, which he immediately and correctly interpreted as a Wool Carder dance, and rather than giving me a wide berth and shutting himself away in a place of safety, he came to admire the little guys too.

I was confident at the time that we had two – a male and a female – whizzing in and out, but the markings on these bees are very variable, and going through my photos this evening I’ve discovered that there were actually three, including two males. However, this was the biggest and boldest of the three, and is the one of which I have the best shots because he wasn’t impressed by either me or the camera, and let me get in fairly close. He was definitely behaving as though this plant was his territory, and that in itself will have been enough to make the smaller male wary: male Wool Carders are aggressive towards rivals and interlopers, and if fiercely head-butting their enemies doesn’t see them off, they will try to catch them in a death grip between the underside of their thorax and those wicked spikes at the end of the abdomen. There’s a little film about them here, if you’d like to see some of their behaviour.

After taking my bee photos I went for a bug walk up the village, and then back at home I checked the ponds. The wildlife pond, which has been crystal-clear for the past few weeks, is suddenly growing blanket weed, which is a little annoying, and is going to require some intervention. But more worryingly than that, it now contains a fish, which I guess must have arrived as a viable egg on a plant. However it got here, we’re going to have to deal with it – unless one of the two frogs that were in there today disposes of it for us. One can but hope.