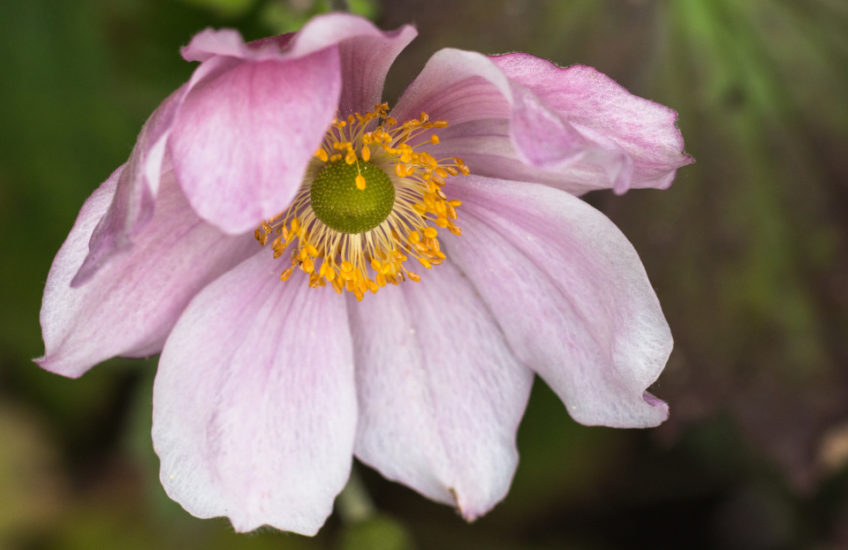 I’ve been photographing the blooms of this Japanese anemone ‘Queen Charlotte’ for weeks now, but none of the earlier photos made it into my journal.

I went out into the garden this afternoon looking for bugs, but it was cold and overcast, and there were hardly any about. The flowering ivy was buzzing in a way that made me hopeful, but it turned out to be a single wasp which was too high up for me to snap – and other than that I could only see some tiny flies. It looked as though the sky might clear in time for a sunset, but just in case it didn’t I took this as my insurance shot; then when I uploaded it I really rather liked it, and thought I might well use it today.

The sky did carry on clearing, but from down in our valley it looked rather hazy and uninteresting – and in the event I missed the actual sunset because I was cooking dinner. I did get up to the Windmill Hill Nature Reserve a few minutes later, but as I’d thought it was all rather murky and not terribly photogenic. So Queen Charlotte gets to pose for you today – I hope you like the slightly coy way she’s looking at you from under her petal!