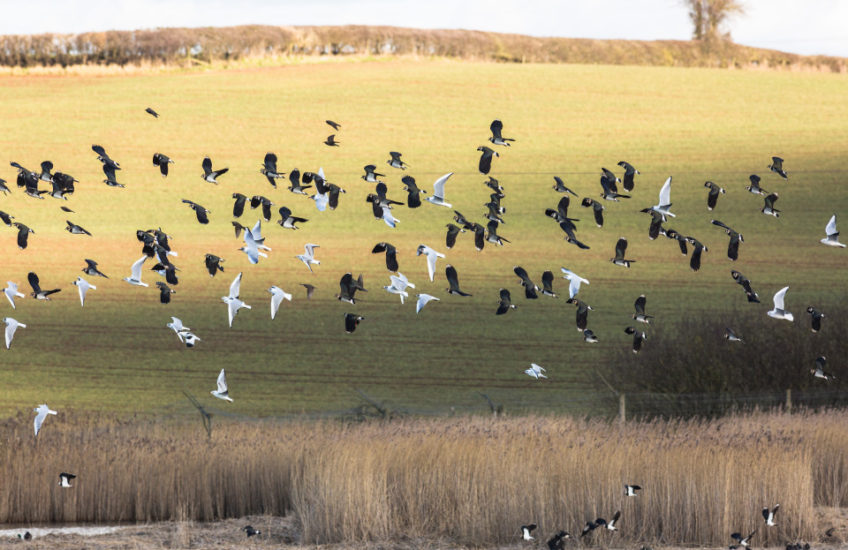 It was sunny this morning, but the chap on the weather forecast said that if you were thinking of doing anything outdoorsy over the next few days, this was the day to do it, so I decided take a trip over to Upton Warren Wetland Reserve. I figured that this was a place in which eyebrows wouldn’t be raised at the Big Lens – but I fact I wasn’t entirely correct. There are numerous hides there, but a lot of the regulars had binoculars, high-powered scopes and notebooks rather than cameras, and I was huffed at for clicking by a woman in one of them. Luckily most of the twitchers were friendly, and there was also a chap there with an Even Bigger Lens, so I was emboldened.

There are two separate areas at Upton Warren: this was taken at the Flashes, which is a saline pool, but about quarter of a mile away there is a freshwater area called the Moors and I also spent some time there. In between I went for a much-needed coffee at the cafe belonging to a water sports club, and while I was standing on their balcony looking across the lake a man asked if I’d seen anything interesting at the saltmarsh; I listed everything I could remember, and he said “Avocets?” “No,” I replied, “I heard a rumour about avocets but didn’t actually see any.”

To my surprise, when I was working through the 300+ photos I’d taken during my visit, I realised that in fact that wasn’t true: there’s an avocet in this shot. I didn’t see what put this mixed flock to flight from the Flashes, but it was probably a sparrowhawk; the flock is mostly lapwings, with quite a few black-headed gulls, a handful of starlings – and one avocet. If you look large you might just find it. I almost posted this in mono, by the way – it works pretty well – but in the end I preferred it in colour.

There are a few more shots on Flickr: some lapwings (which seem to spend most of their time just standing around like that); a rather pretty teal; a group of cormorants; a reed bunting (I’d never seen one of those before, and had to ask someone what it was); a couple of long-tailed tits; a little egret; a curlew in flight (which was almost my blip); and another of the egret in better light. The egret and curlews were definitely put up by a sparrowhawk – having failed to catch anything it spent quite a while skulking in some reeds, hoping that everyone would forget it was there so it could have another go.

I thoroughly enjoyed myself at Upton Warren, and learned quite a few things too – so this goes down as a successful day, even though I’m quite stiff this evening from lugging the camera around. I’m already looking forward to visiting again, and now I know where all the hides are I will try to plan my next trip to make the best use of the light across the day.