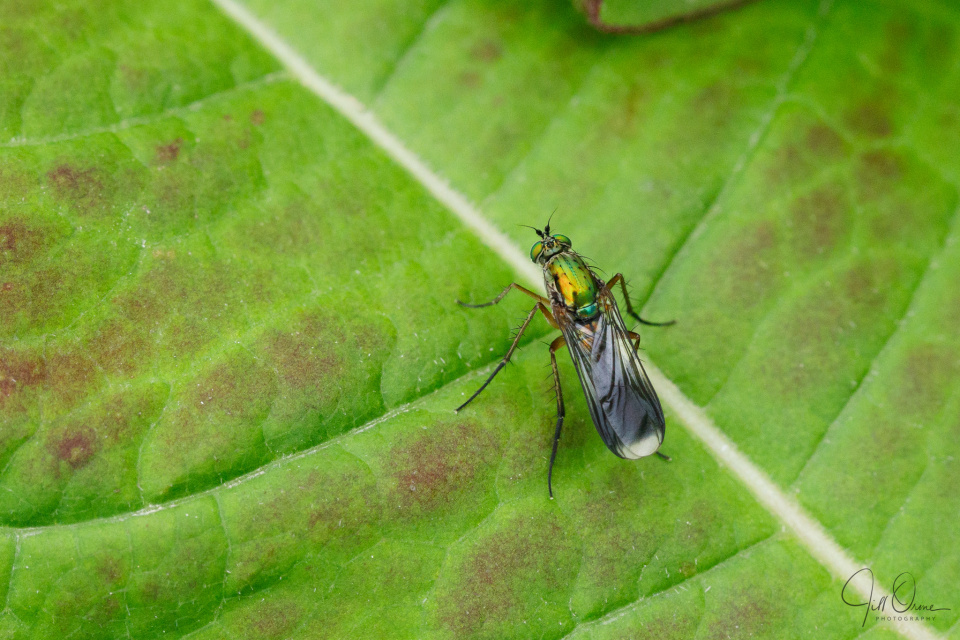 It usually starts with hoverflies, I think, which are mostly pretty, and generally pretty inoffensive – at least in their adult form, though I wouldn’t recommend the sight of a syrphus larva cutting a swathe through a group of aphids to anyone with a delicate stomach. And then you get on to bee flies, because they’re pretty mad, aren’t they, with their narwhal tusks, and yes, their breeding habits leave a lot to be desired, but – oh look! This one’s spotty as well – how dapper is that?!

And then you notice fruit flies, which are generally quite cute, though very small and skittish (which, of course, gives them added challenge points), and mayflies, which are lovely. And soldierflies tend to be quite striking – and actually not at all warlike, which is good, because you haven’t got to that stage yet. And marsh flies are very… orange, and yellow dung flies, obviously, are very yellow, though you tend not to post those because they have pretty horrible habits – but personally you can forgive them, because you’re starting to get really into this whole thing now.

Then one day you find yourself chatting away about the parasitoid habits of Tachinids, and the bee grabbing antics of Conopids, and suddenly you find that people are tending to edge away from you at parties. Shortly after this, you’re going to be scratching at the window of the Dipterists’ Forum and begging them to let you in, so you may as well stop pretending you won’t. (While remembering all the times you said to the children, “No we are not going to kill that spider, because spiders eat flies, and we don’t like flies because they’re nasty, dirty things,” and belatedly mentally apologising to the flies.)

It turns out that even innocent civilians can become accustomed to flies: when I showed R the selection I was intending to post to Facebook this evening, the only one he truly wasn’t keen on was Empis livida – which isn’t really surprising, because it does look as though it was designed by Gerald Scarfe in one of his more peevish moods. He actually admired the shiny ones, especially the Broad Centurion and the semaphore flies, so I’m confident that he’ll like this too. If you spend any amount of time anywhere near water I’m sure you’ll have seen swarms of semaphore flies recently, because this is their peak season, and if you’ve had the time to stand and watch, you’ll most probably be familiar with their strange courtship rituals, which involve the males dancing around the females and flicking their wings open and shut, before performing aerial manoeuvres above them that are almost too fast for the human eye to see. Luckily they’ve been well described by both Martin Drake and Phil Gates, and if you’d like to see a slowed-down film, there’s a pretty good one by Dave Morgan on YouTube.