I don’t really make New Year resolutions as such – I tend to think that self-improvement should involve ongoing small efforts, rather than occasional massive resolves that are almost inevitably impossible to live up to – but I have begun the year as I hope to go on: getting up from my desk and going out into the fresh air, to walk around in a life-enhancing place.

The morning was fairly grim, weather-wise, and didn’t begin to improve until lunch time, so it was pretty late when R and I decided to go down to Croome; and by the time we’d negotiated the car park and the café the sun was beginning to set, and we were blessed with this glorious late afternoon light. I’ve havered over my featured shot (so no New Year improvement there), because I also love the great tit I’ve posted as an extra – but by a whisker the lake reflection, and its promise of sunny days to come, just wins it today. 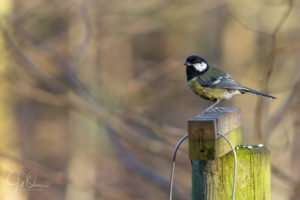 This evening we’ve been to the cinema in Evesham to see the new Star Wars film, which is very long and extremely loud, with enough plot holes to make a decent vegetable strainer. If you like that kind of thing, I’m confident in saying that it’s exactly the kind of thing you’ll like. Mark Hamill spends much of the film sulking on an island, which I assume has been been created digitally, but which is enticingly photogenic, and reminded me that I want this to be the year when I finally meet some puffins.