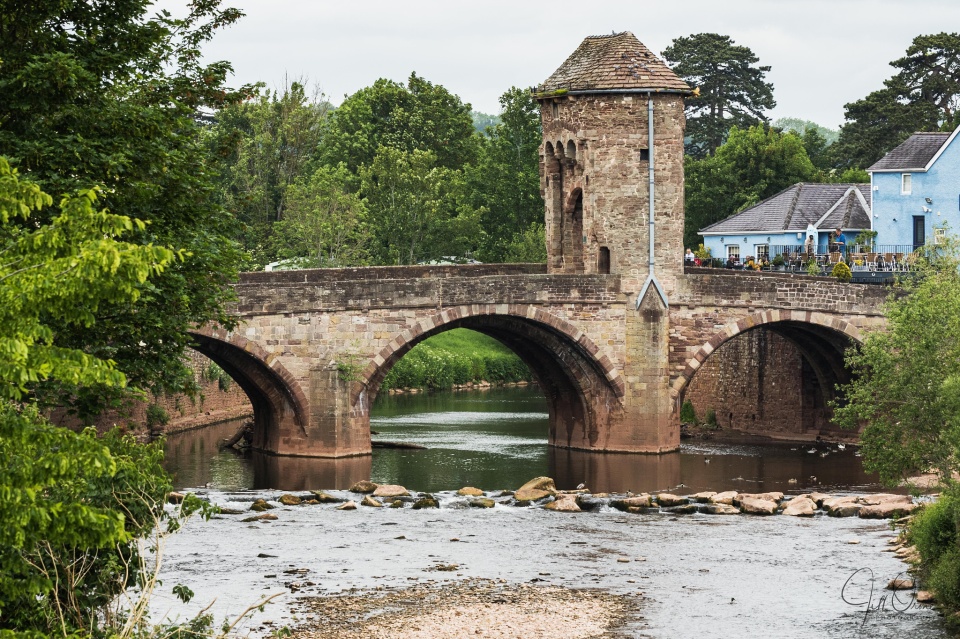 We met L and G again this morning, in Monmouth, for breakfast, and the return to me of a pair of reading glasses that I managed to leave behind last night. R and I then went for a walk through the town, before heading to the river, where I was sure I would finally catch my Welsh dragon. I didn’t, but there was some compensation in seeing this extraordinary bridge – the only mediaeval bridge in the UK with a fortification in the middle of it. There’s quite a good Wikipedia page about it here, if you’d like to know more.

We then went to Tintern Abbey, which is another ruin, but this time with tracery. No – my apologies: it’s actually rather lovely, and feels surprisingly peaceful, despite the violent end it met during Henry VIII’s little spat with the Pope. We were amused to witness a small child running along a low wall of stones and asking his mother, “Did they do this?” – meaning, we assumed, the Cistercian monks who lived and worked in the Abbey before it was forcibly dissolved. R and I agreed that they almost certainly did that – though possibly only the younger ones; I now have a mental image of them doing parkour in their white habits, and getting into terrible trouble with their house master if they got caught.

So now our Monmouthshire idyll is nearly over, and (even though it let me down in the dragon department) this is a place, and a time, that I’ll always remember as incredibly special.