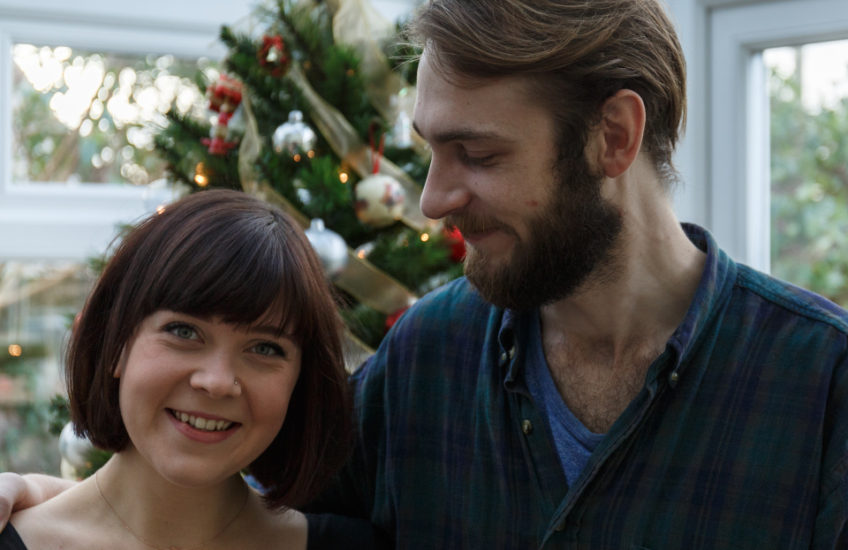 “Are we ready to go?
“No: L isn’t down yet.”
“What’s she doing?”
“Changing her entire outfit for the third time, I think.”
“Oh no – we’re already late!”
“Don’t worry about it – from K’s perspective late is probably good. I’ll just text her an ETA once we’re actually on the way.”
“Well, if you think that’s OK…”

“Ah good – there you are. Now, I want YOU, and you in the conservatory for a photo.”
[Mumbling and muttering from both.] “Don’t argue – come on, we’re late, and I want a photo. Just stand there. No there. That’ll do. Right – let’s see… oh, no that’s no good, you’re underexposed. Right, OK – again please. Look, could you try and look as though you’re in the same photo? Or could you at least stand in the same focal plane – it would be quite nice if one of you wasn’t out of focus in every shot. Oh, look – stop messing around. Stand closer together. No, closer than that – put your arm round her. No, don’t pull that face. KEEP STILL! OK – that’ll do. Now for goodness’ sake get in the car – we’re an hour late already.”

Despite an almost complete lack of co-operation by The Animator and The Musician, we did make it to my sister K and b-i-l A’s house in time for lunch, and a lovely time was had by all. I hope your day was as nice!