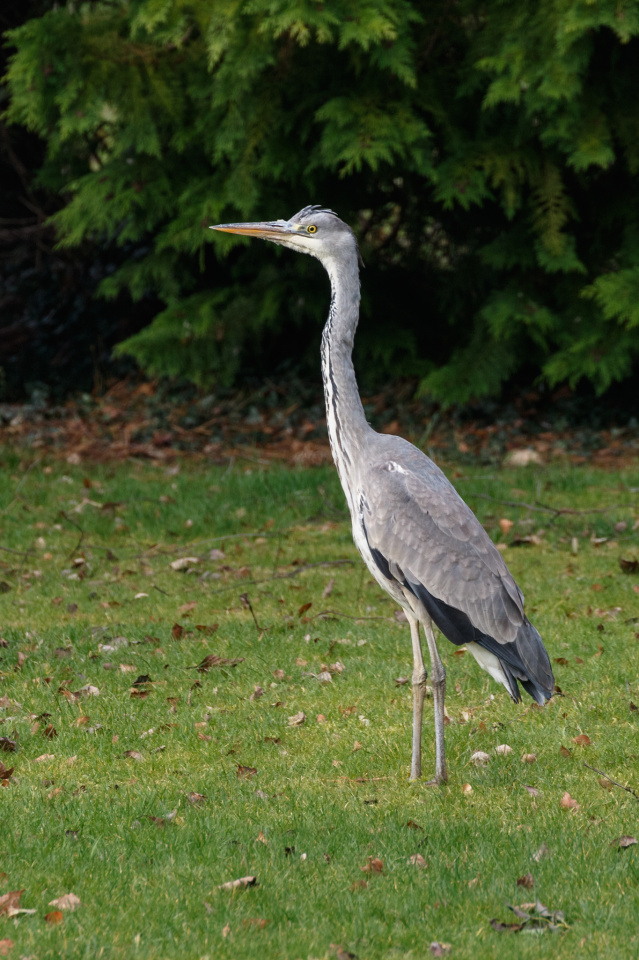 Speed remains a concept with which I have a purely theoretical relationship just now, but I was at least up, so I grabbed the 7D and tottered downstairs. Sadly I missed the take-off shot because I’d turned away from the window to listen to something R was telling me, but I did manage some reasonable photos of it standing around looking perplexed. Given its blotchy head colouring and the fact that the black nape crest is barely developed, I think it’s a young bird – I can only hope that it’s not yet big and brave enough to tackle our next-door neighbour’s magnificent koi.

Thanks for putting up with my poor-me whinging over the past couple of days; I must confess that when my temperature hit 102º yesterday I was a little bit worried about myself, but today I am feeling quite a bit better. Normal mockery and grumpiness can be expected to resume shortly.