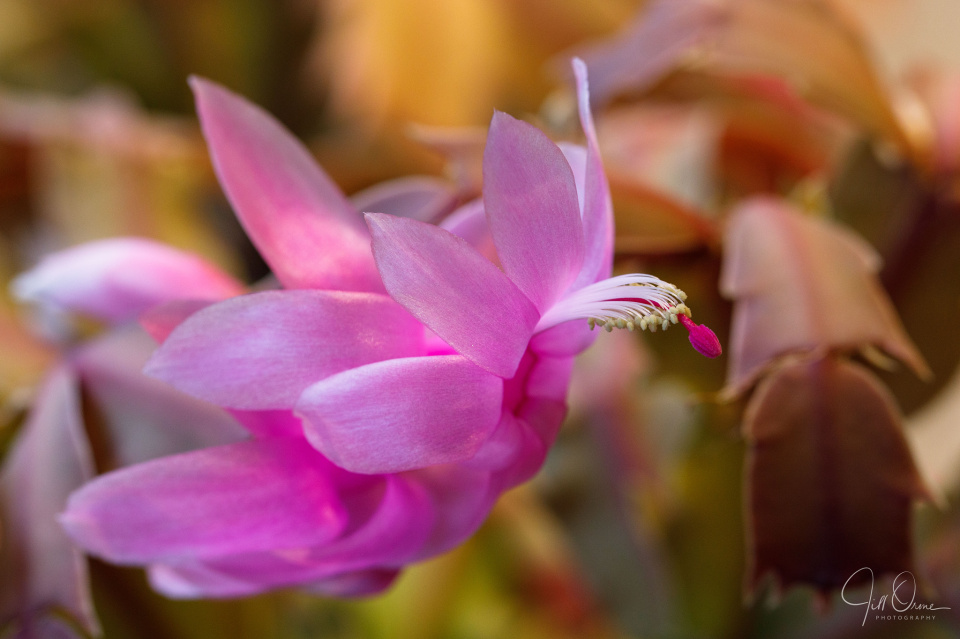 I think I might be getting a little old for this Christmas malarkey. Today I feel as though I’ve been run over, and look as though I haven’t slept for a fortnight. L and G, by contrast, ate half the leftovers from the fridge for breakfast (yay!), and then went skipping off back to Wales, planning to visit the gym en route to a couple of days with G’s family. They’ll be back here again in a week (joined by H on his return from the Antipodes), for a “Pretend Christmas” rematch – after which I think I’ll need a holiday!

At the end of a suitably quiet day, R and I created bubble and squeak for dinner out of some of the remaining leftovers: sprouts with chestnuts and pancetta, dauphinoise potatoes, roast parsnips, and stuffing. It was delicious. The Offspring both hate bubble and squeak, which is a clear sign that they weren’t brought up properly.

The only other thing that happened today was that the second Christmas cactus burst into flower, which was nice of it.